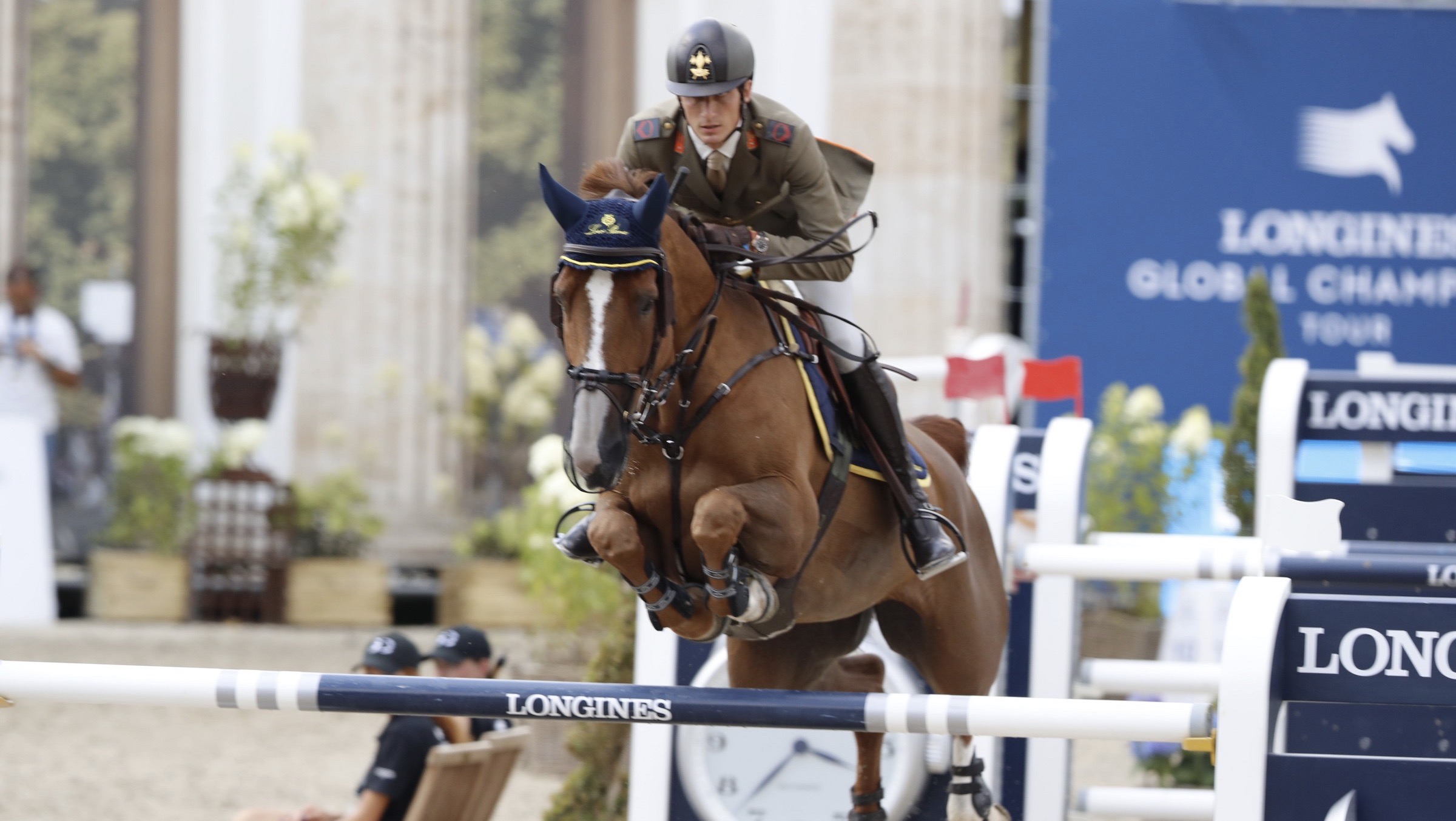 Alberto Zorzi (ITA) blazed his way to victory in the LGCT Grand Prix of Berlin in 2018 beating off a ferocious challenge from home star Christian Ahlmann (GER) in a heavyweight jump off.

In the steamy heat of the German capital, as Europe’s prolonged heatwave continued, the event was a sell-out as crowds filled the grandstands and grass banks ringing the natural amphitheatre of Berlin’s Sommergarten.

Speaking in the press conference after his win, Alberto said: "Jan told me that after the double I should go straight away for the six strides - and I did it! I tried hard today and took the first distances. I came a little close to the first oxer but Fair Light helped me out. She is an amazing horse, she’s had a few weeks to relax and now came here very good. The last few weeks have been good for me. I’m so excited to qualify for the Super Grand Prix in Prague."