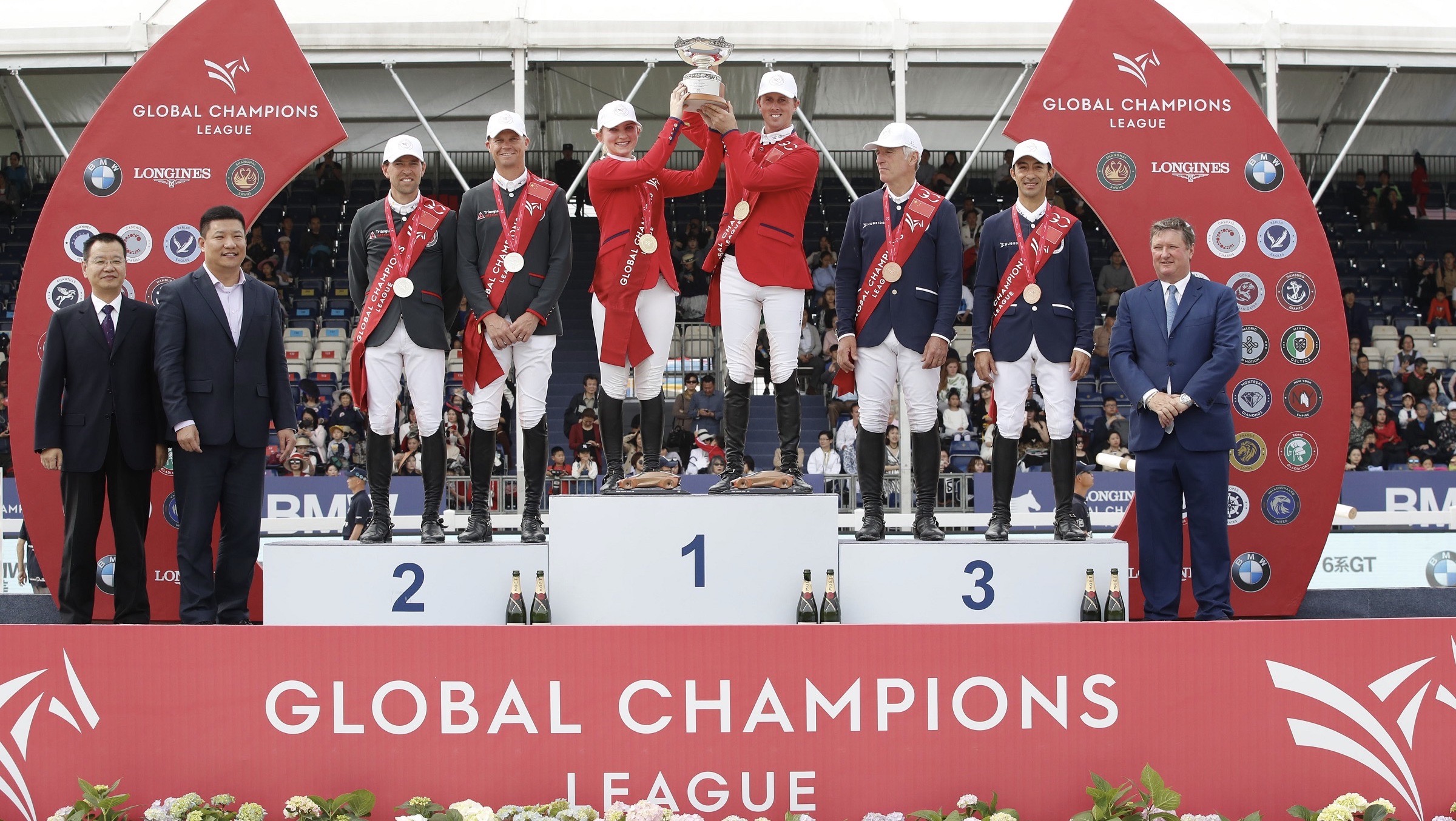 In a breath-taking display of power and precision the London Knights duo of Emily Moffitt and Ben Maher stormed to a GCL Shanghai win by 27 hundredths of a second, catapulting them to the lead in the overall ranking.

With enormous pressure on the shoulders of U25 rider Moffitt and teammate Maher, the pair were able to convert their pole position from the first round into a win, with the drama coming right down to the wire as Maher galloped across the finish line on his phenomenal horse Explosion W. The team were able to stay ahead of a fierce attempt from Monaco Aces' Simon Delestre and Jerome Guery, who ultimately took second, and Chantilly Pegasus’ Roger-Yves Bost and Dayro Arroyave in third.

“I’m feeling pretty awesome,” said Moffitt, “it’s my first GCL [of 2018] and it’s really exciting. I think it’s even better as I’m [in a team] with my trainer, which brings extra excitement. The U25 riders are not expected to win, so this is really cool!”

Teammate Maher said: “We had a lead from Round 1 - I knew we had to jump clear and we managed to do it today."