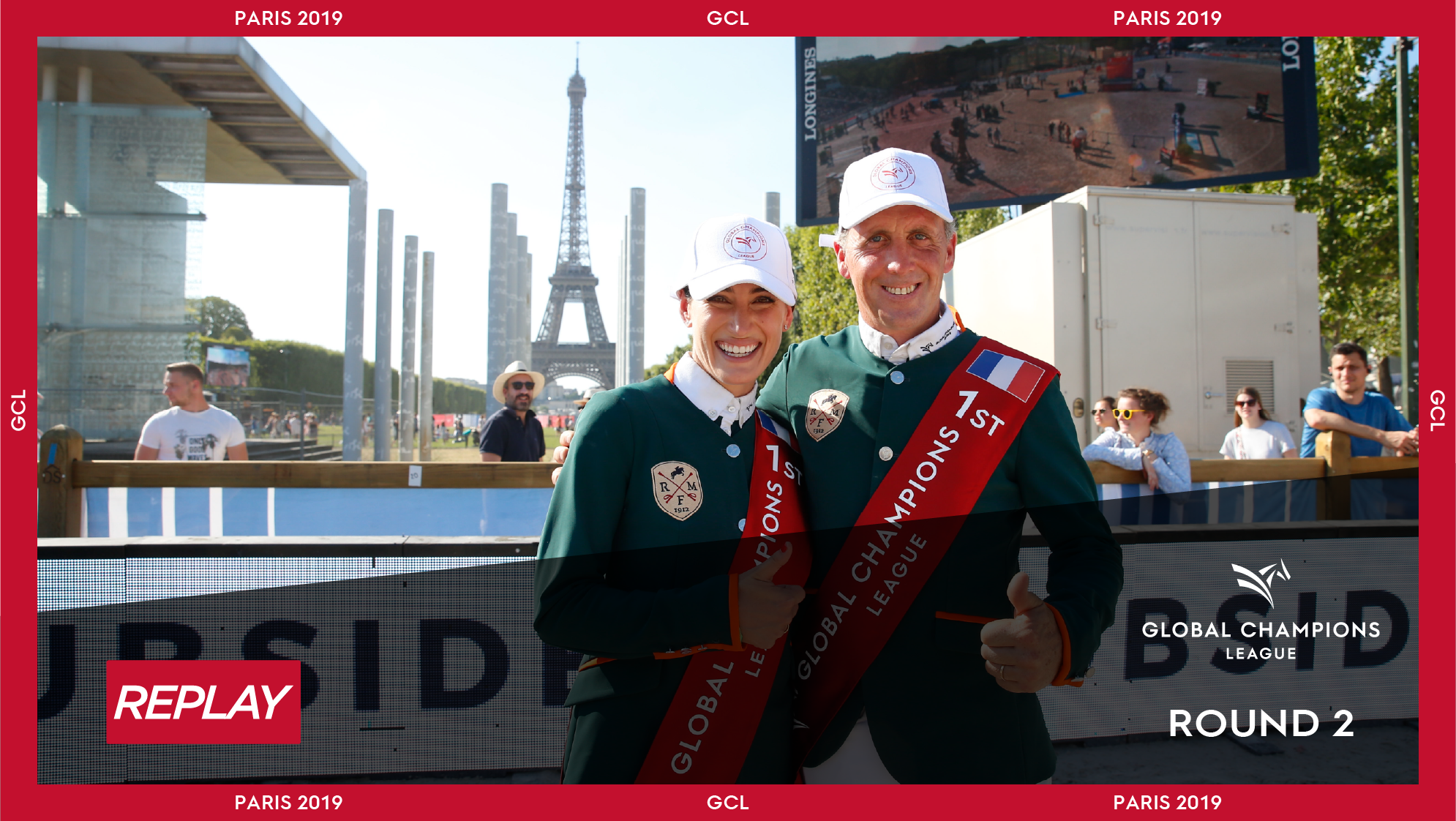 The GCL of Paris 2019 was hosted in a truly spectacular venue at the foot of the Eiffel Tower, one of the world's most iconic monuments. Stunning competition played out from start to finish, as the world's best riders united together in competitive teams, with a fierce battle for the podium spots at this exciting leg of the circuit.

It was Miami Celtics’ duo of Jessica Springsteen and Shane Breen that powered to the win, the team soaring up the overall season rankings into second place, leaving them just three points behind ranking leaders the Shanghai Swans.

The Celtics were the only team to leave all the poles up in the second round of the team competition, snatching the win from pole-sitters St Tropez Pirates with their formidable line up of Edwina Tops-Alexander and Pieter Devos - the pair taking second today. Third went to the Swans’ pairing of Daniel Deusser and Peder Fredricson, the formidable duo the only team to finish today with a completely clean score.

A smiling Shane Breen said: “It was a great competition, with everything so close." Meanwhile, his teammate Jessica Springsteen revealed their tactics: “Shane and I were speaking before the class, and saying we might have to make up the time to win, but we saw a lot of faults so wanted to keep it together and ride for the clear.”

Re-live every moment of this incredible competition in our full GCTV Replay this weekend! Watch it all on Sunday 14 June from 10:30 BST/11:30 CET - the replay will be available to watch on demand for 24 hours.