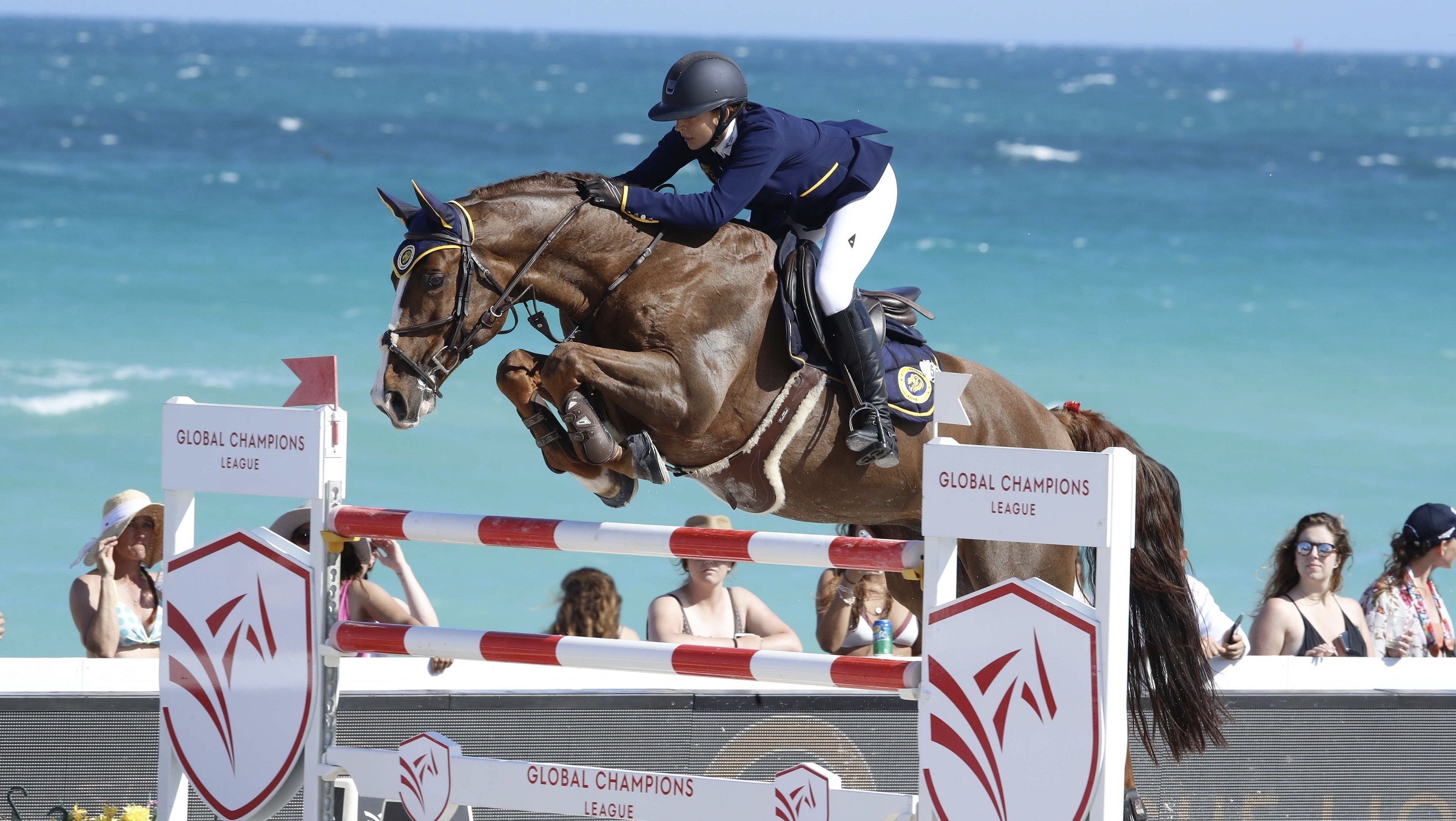 Prague Lions’ Anna Kellnerova and Gerco Schröder pulled out all the stops with incredible performances to take a spectacular GCL Miami Beach win in the magnificent setting on the shores of the glittering Atlantic Ocean and the competition was packed full of action from start to finish.

Clear jumping rounds were few and far between over the technical, twisting track in the second and final round of the GCL team competition in Miami Beach. But it was the Prague Lions — a team unchanged from the first round and sitting in third overnight — whose two explosive performances secured them the coveted gold medal at this second leg of the 2018 Championship race.

Both Kellnerova and Schröder sailed clear over all 15 jumping efforts, both picking up a single time fault to take their combined team score from both rounds to eight. Valkenswaard United sailed up the leaderboard from ninth to finish in second, and took home the silver medal after strong performances from Alberto Zorzi and Bertram Allen. Monaco Aces, the overnight leaders coming into the second round, picked up 14 faults in this round, but just managed to hang on to the bottom step of the podium.