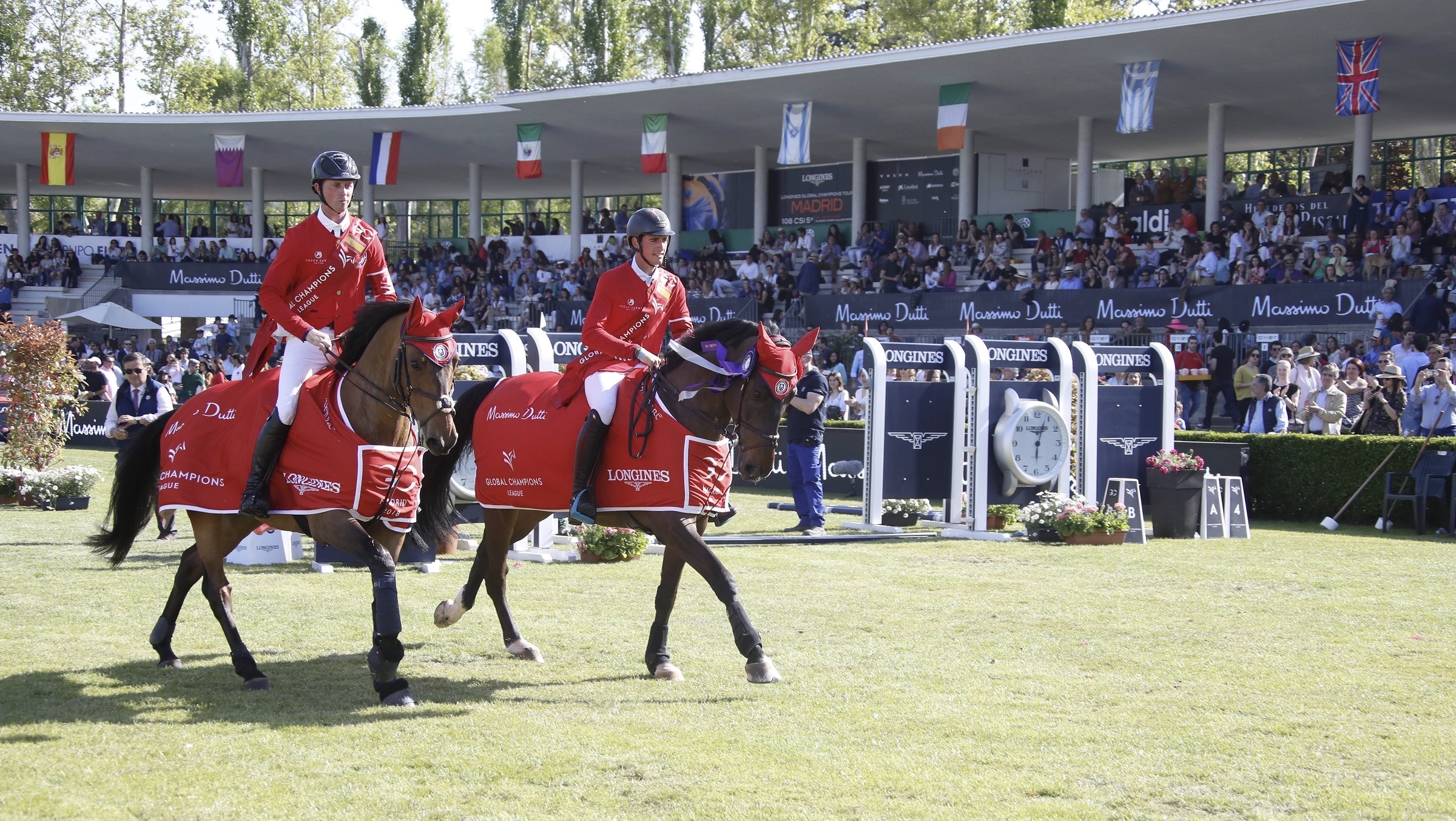 London Knights brought home a second win of the 2018 season after a spectacular Spanish showdown saw thrills, spills and top sporting action. Ben Maher and Nicola Philippaerts withstood enormous pressure to ride the only double clear of the second round, stealing the win from the Shanghai Swans and securing their place at the top of the overall rankings after securing their second consecutive win of the year.

The Knights played a strategic game in Madrid, fielding U25 star Emily Moffitt in the first round of competition, and bringing in Nicola Philippaerts for the second round. Second went to Laura Kraut and Abdel Said of the Rome Gladiators, and third to Daniel Deusser and Pedro Veniss of the Shanghai Swans, the duo toppling from pole position in an edge-of-the-seat final round.

Under the bright Spanish sunshine at the Club de Campo Madrid, Santiago Varela Ullastres’ course was another mix of galloping distances and delicate poles which fell at the lightest of touches. Built specifically around the undulating field, which to the naked eye looked flat, but featured gentle slopes, the flowing track was a true test for the world’s best, and the perfect prelude to the Longines Global Champions Tour Grand Prix of Madrid.

Watch all the action from this incredible competition again in our full GCTV Replay on Sunday 6 September from 10:30 BST/11:30 CET/04:30 EST. The replay will be available on demand for 24 hours.