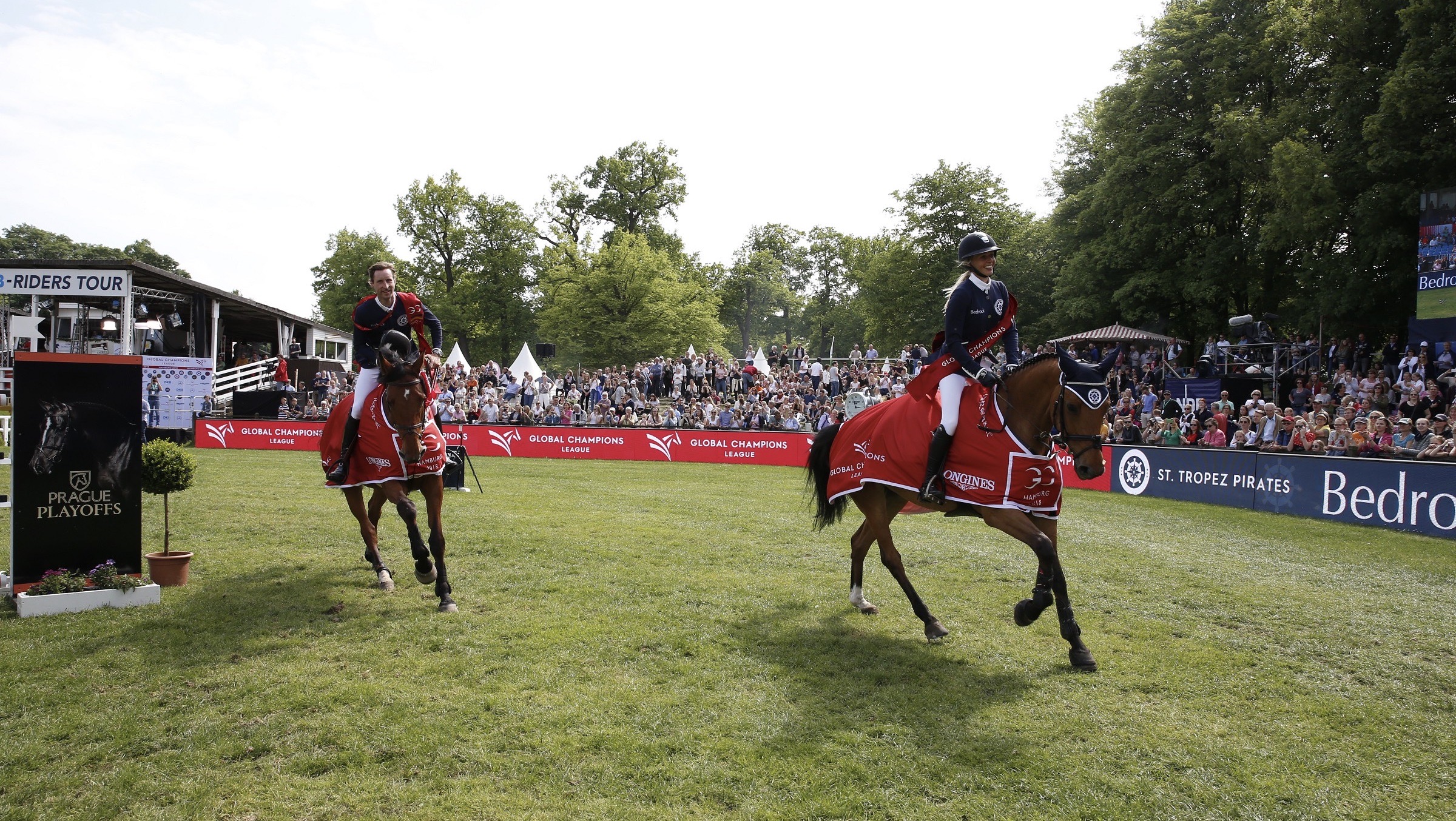 Drama held to the final fence in the nail-biting GCL of Hamburg 2018, as the St Tropez Pirates duo of Laura Klaphake and Pieter Devos held off enormous pressure to sail to the team’s first win of the season.

U25 German star Klaphake and Devos of the Pirates jumped skilful, fast rounds, with a single rail falling during Klaphake’s round failing to dent their prowess. They claimed the top step of the podium in Germany, as the top four teams all finished within one fence of each other in an edge-of-the-seat showdown, keeping the packed grandstand on tenterhooks until the final moments.

Meanwhile, putting just four penalties on the board across their two riders, Jur Vrieling and Marcus Ehning, Valkenswaard United shot up the leaderboard from overnight fourth to finish second. The Shanghai Swans (Pius Schwizer and Shane Sweetnam) held onto their overnight third spot.

Re-live every moment of this exciting competition in our full GCTV Replay this Sunday 27 September from 10:30 BST/11:30 CET/04:30 EST. The replay will be available on demand for 24 hours.