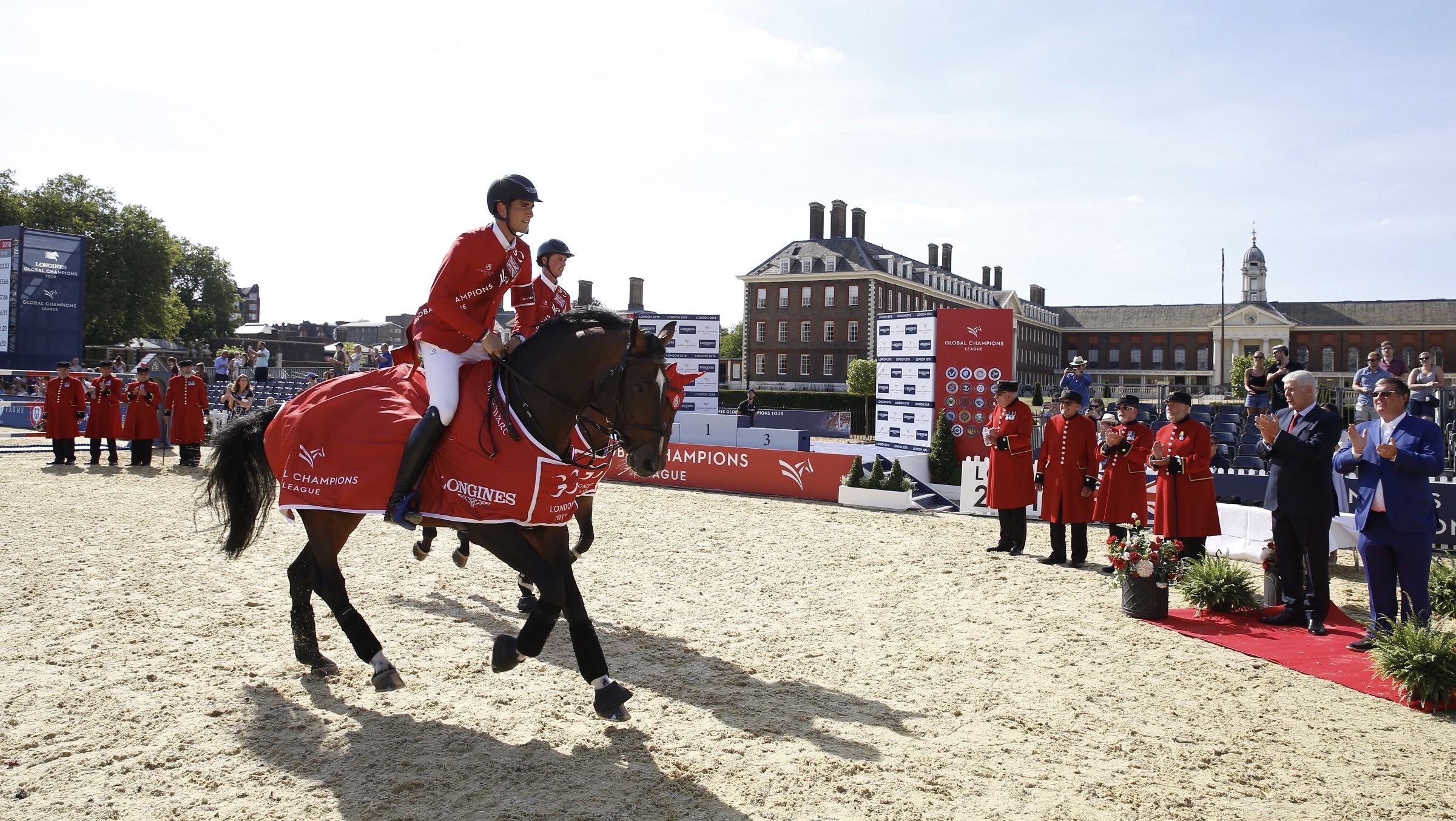 The London Knights delivered a show stopping GCL London final under intense pressure in 2018 with Ben Maher and Nicola Philippaerts reigning supreme at the historic and picturesque Royal Hospital Chelsea.

Escorted by the Chelsea Pensioners in their traditional Scarlets, the red jackets of the Knights perfectly complimented the veterans’ uniforms as they proudly took the top step of the podium - their fourth win of the season and the only team to win at their home event. The result meant the team have extended their overall ranking lead, pulling away from closest rivals Valkenswaard United.

The 13th leg of the Championship saw top sport come down to the wire in Great Britain's capital city. Just a stone’s throw from the River Thames and under bright blue skies, fans packed into the covered grandstands, waving British flags patriotically as well as London Knights emblems with local spectators rooting for their home team.

Don't miss the chance to re-live every moment of this stunning competition in our full GCTV Replay this Sunday 22 November from 10:30 BST/11:30 CET/04:30 EST. The replay will be available on demand for 24 hours.