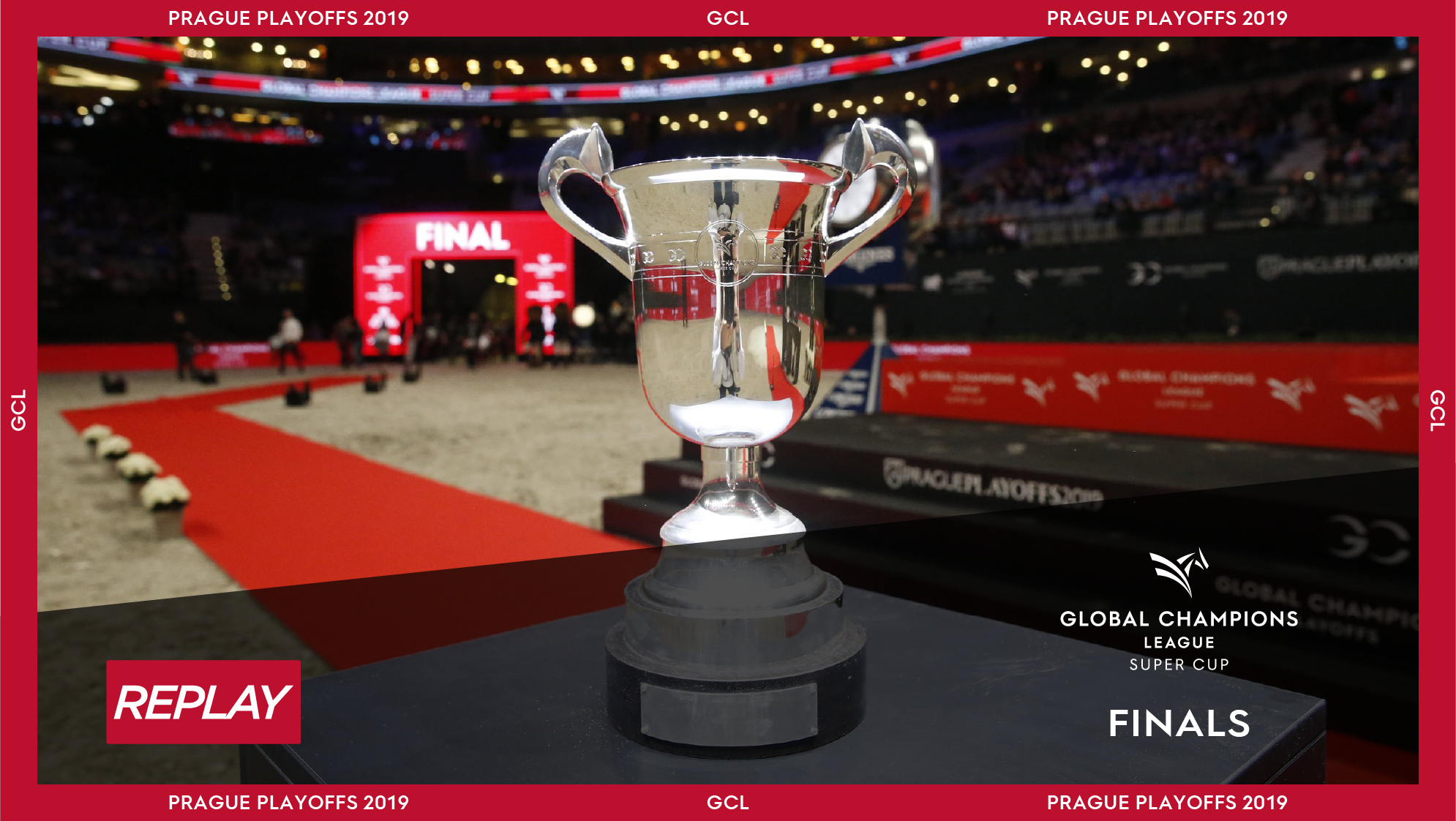 The GCL Super Cup Final provided the ultimate showcase of the strength and talent of the GCL teams in a story filled with both glory and heartache, as the Shanghai Swans claimed a historic victory, soaring to the GCL Super Cup win in a dramatic €6.4 million Final at the 2019 GC Prague Playoffs.

Team riders Daniel Deusser with Jasmien vd Bisschop, Peder Fredricson with H&M Christian K and Pius Schwizer with Cortney Cox delivered an epic two rounds of action amid pressure-cooker tension in Prague’s packed O2 arena. The conclusion to the 2nd edition of the GC Prague Playoffs saw a spell-binding showdown of the world’s best show jumpers. The calibre of competition was at an extraordinary level and the intensity of the battle provoked shock results thrilling fans watching in the arena and around the world.

Daniel Deusser of the Swans spoke of what the prestigious victory meant to the team and how they had been planning throughout 2019 to take the prestigious trophy: “It was a goal of the season - it’s as simple as that. The whole year you’re planning to qualify for this event and every day there is pressure. The crowd, the whole arena, everything together here is fantastic organisation.”

Teammate Peder Fredricson said: “I didn’t believe it. The pressure was on. It was really exciting competition. Three riders in each team with no drop score, so much could happen. The best horses are here with the best riders, and it was two big courses. It was hard work but we’re finally in the spot we wanted.”

Pius Schwizer said: “We have a good team - Peder and Daniel are two of the best riders so it’s a great result.” The team also paid tribute to their team mates Shane Sweetnam, Alexandra Thornton and Kim Emmen.

Shanghai Swans lifted the trophy as pyrotechnics sparkled and flared behind them, an emotional moment for the season-long strong team. In a special ceremony, the horses and grooms from the top three teams were also awarded medals, recognising the unsung heroes of the sport.

Don't miss our full replay of this stunning competition on Sunday 9 August from 10:30 BST/11:30 CET/04:30 EST. The replay will then be available to watch on demand for 24 hours.