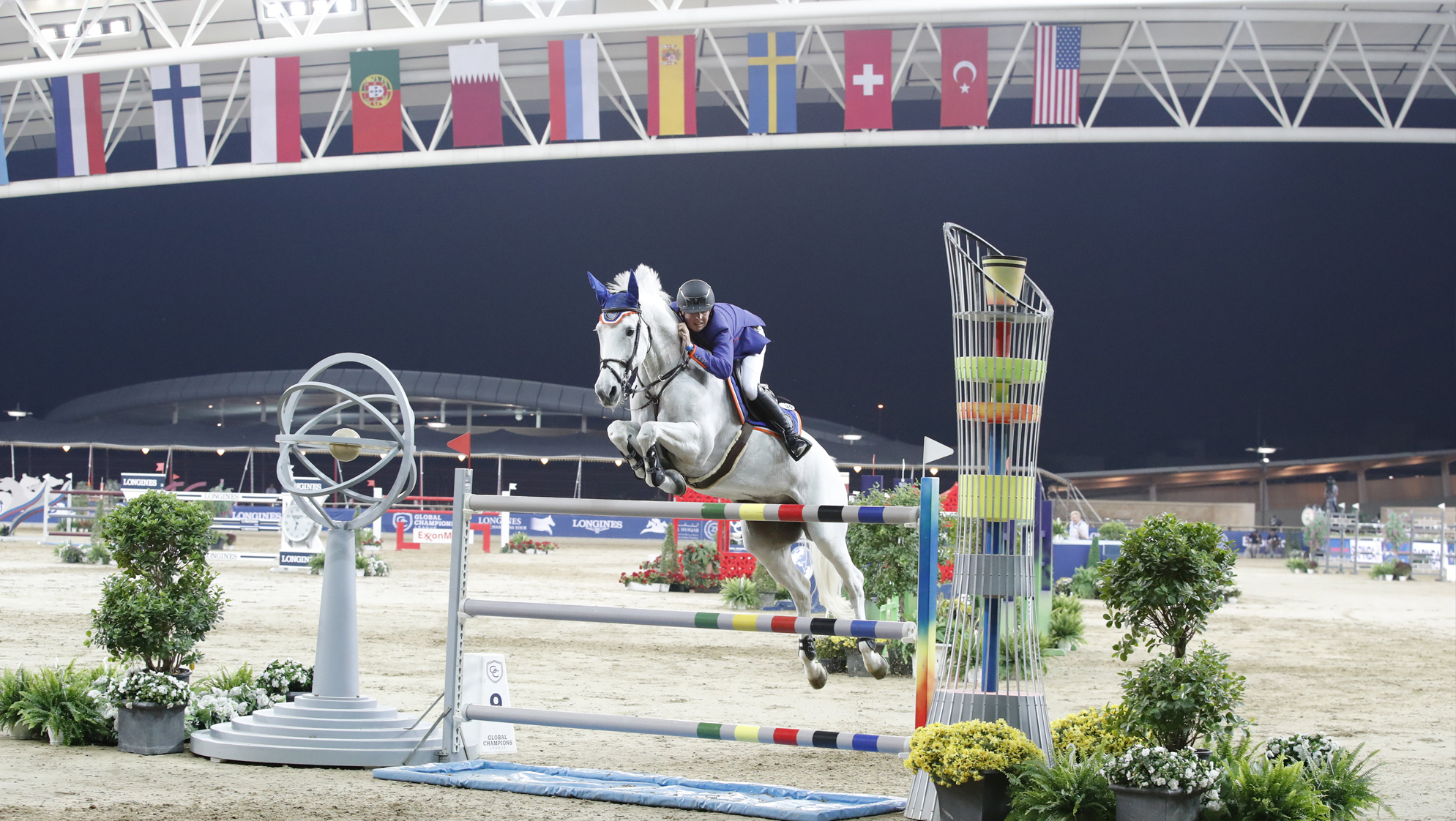 It has been an enthralling season for the GCL team series kicking off in The Americas then crossing continents to China and back to Europe for a sizzling summer of competition.

Qatar plays host to the finals and there are multiple battles raging in the overall GCL rankings creating a fascinating climax to the season. Team owners, managers and riders will be pulling out all the stops to achieve the best possible outcome in Doha.

And the stakes are higher than ever this year at the GCL finals at AL SHAQAB.

Only 16 out of 19 teams can qualify for the new GC Playoffs in Prague in December and the top four teams will be fast-tracked to the semi-finals of the GC Playoffs.

Beneath the incredible world class architecture of AL SHAQAB there are two teams in hot contention to win the trophy - London Knights on 323 points and Valkenswaard United on 300 points. Both teams have been locked in thrilling combat at 15 events this season and the sporting drama continues right up to the wire in Doha. Their squads benefit from incredibly strong horse and rider talent securing podium after podium on the circuit. Statistics show how crucial consistent clear rounds have been with Knights on a total of 34 team clears after Rome and United on 28. Knights have won an impressive four GCL competitions this season.

Another great contest will unfold between the teams currently in 3rd, 4th and 5th places on the ranking. Miami Celtics on 244 points are only nine points ahead of Rome Gladiators and they are only one point in front of Shanghai Swans. These highly competitive teams are fielding their star performers to ensure they finish in the top 4 to go into the GC Playoffs.

Further down the ranking 6th place Montreal Diamonds, 7th place Scandinavian Vikings and 8th place St Tropez Pirates will have a laser-like focus on winning or getting a podium spot to have a last chance to move up into the top 4.

It will be a formidable test of strategy and on-the-go tactics as the teams line up for the GCL finals in Qatar.