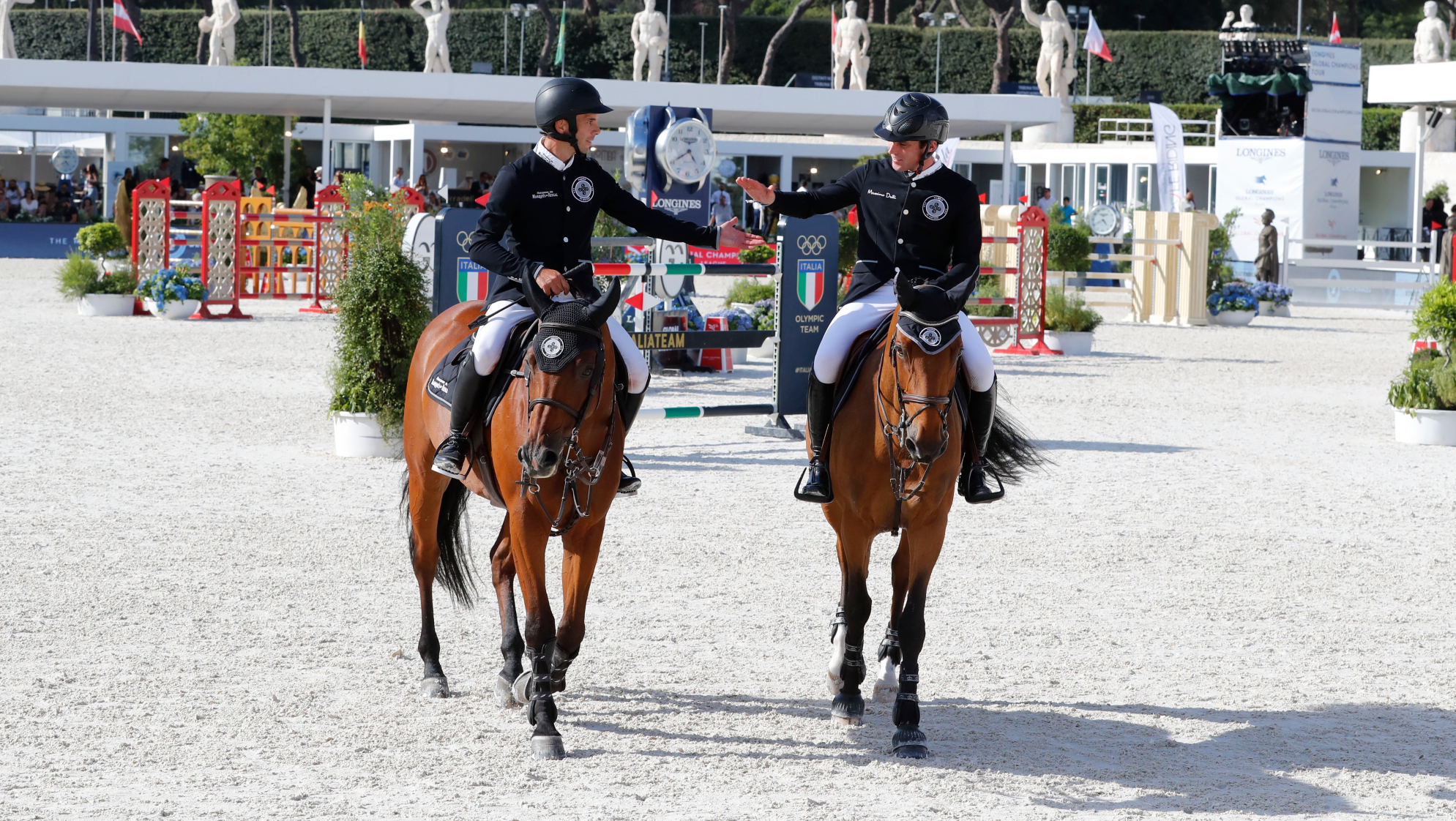 There is so much to play for in the final round of GCL Rome today as the championship race hots up and the finals get closer and closer. Overnight there has been multiple tactical changes to the squads competing with the aim to pick up as many points as possible in the final stretch. Only four teams are keeping their pairings the same as yesterday while 50% of the team managers have decided to swap horses and three teams bring in a whole new combination.

Currently in the lead, the Hamburg Giants have decided to change other their team members onto their second horses in the hope that the fresh horsepower will keep them on top of the podium. Simon Delestre will now ride Hermes Ryan while Bart Bles has swapped to his experienced 11-year-old Israel v/d Dennehoeve.

The St Tropez Pirates bring out the big guns of Pieter Devos on Apart and Edwina Tops-Alexander on her chestnut gelding Casquell. On equal points with them the London Knights make no changes to their strong squad of Ben Maher on consistent Explosion W and Emilly Moffitt with her superstar Winning Good.

Having to work extra hard today if they want to stay in the top four teams are the Miami Celtics. They substitute Harry Charles for Shane Breen and Ipswich van de Wolfsakker to ride alongside Jessica Springsteen on RMF Zecille who picked up just the 5 faults yesterday.

Madrid in Motion are also on 0 faults going into today's final. They make no changes to their team keeping Mark McAuley and Eduardo Alvarez Aznar on Valentino Tuiliere and Rokfeller de Pleville Bois Margot respectively.

Anything could happen and the action kicks off at 13.15 local time so make sure to tune into GC TV on our website to find out how it all unfolds.