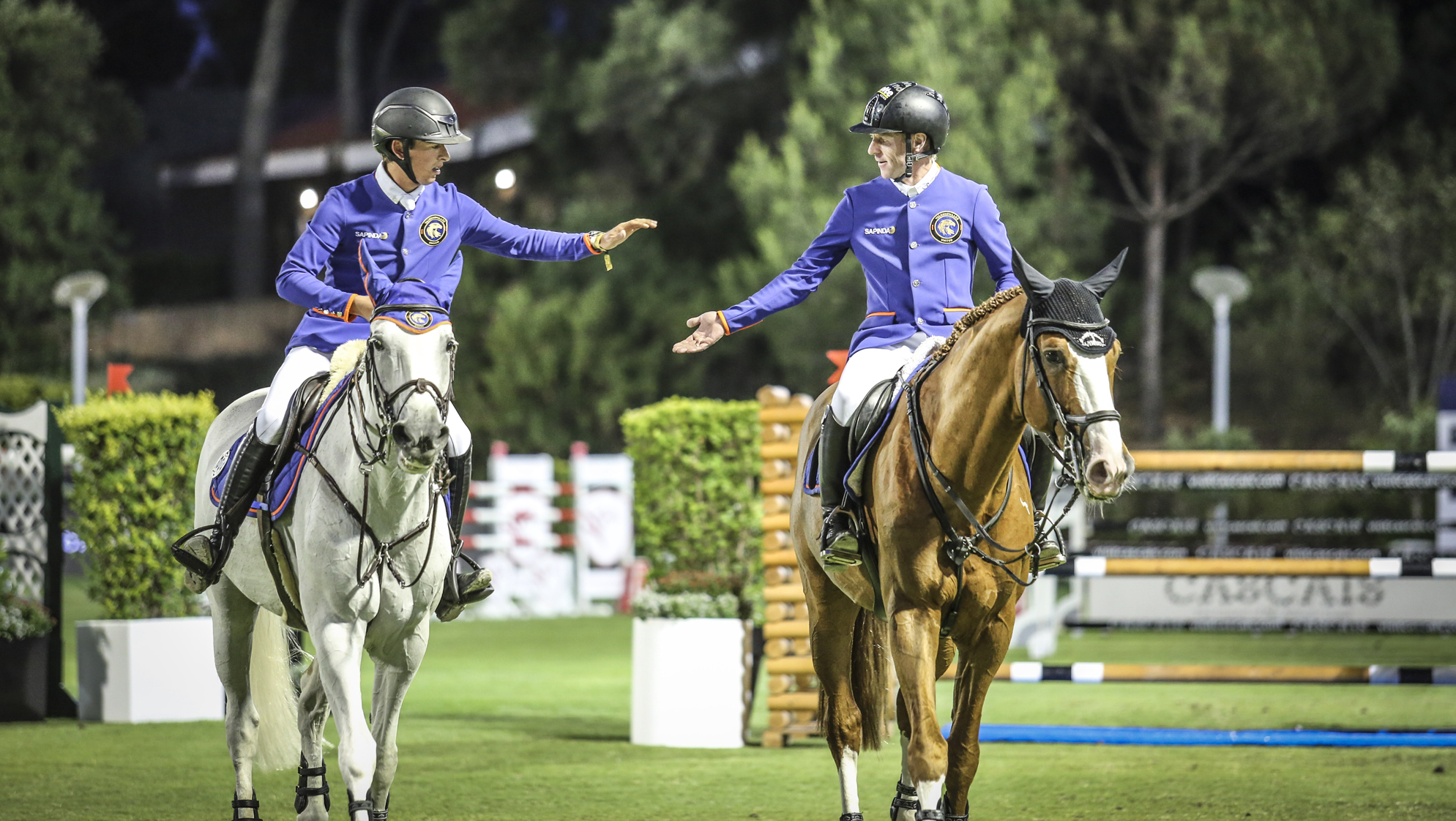 As the GCL Cascais, Estoril final draws closer and closer the teams have decided their tactics for R2, in the hope to land on top of the podium here in the beautiful country of Portugal. Just under 50% of the teams are keeping exactly the same squad as round one including current leaders the Monaco Aces. Laura Kraut will stay on Curious George and on form Julien Epaillard will ride his stallion Virtuose Champeix.

Only two teams have decided to bring in a whole new horse and rider combination. Madrid In Motion substitute Mark McAuley for Eric van der Vleuten and his chestnut mare Wunschkind. While the St Tropez Pirates won’t be using Olivier Robert who had a win here last night, instead they bring in Lucia Le Jeune Vizzini and Loro Piana Filou De Muze.

With four teams on a score of 0 faults and the Prague Lions on just 1 time fault, it is still anyone’s game. Even one of the three teams currently on four faults could find themselves in the top three if they produce two clear rounds.

Will the Monaco Aces be able to repeat their rounds from Thursday evening? Or will the Paris Panthers storm ahead with the fast combination of Darragh Kenny and Gregory Wathelet?

Tune into GC TV at 18.15 local time to find out how the drama unveils and if the Shanghai Swans stay as ranking leaders!