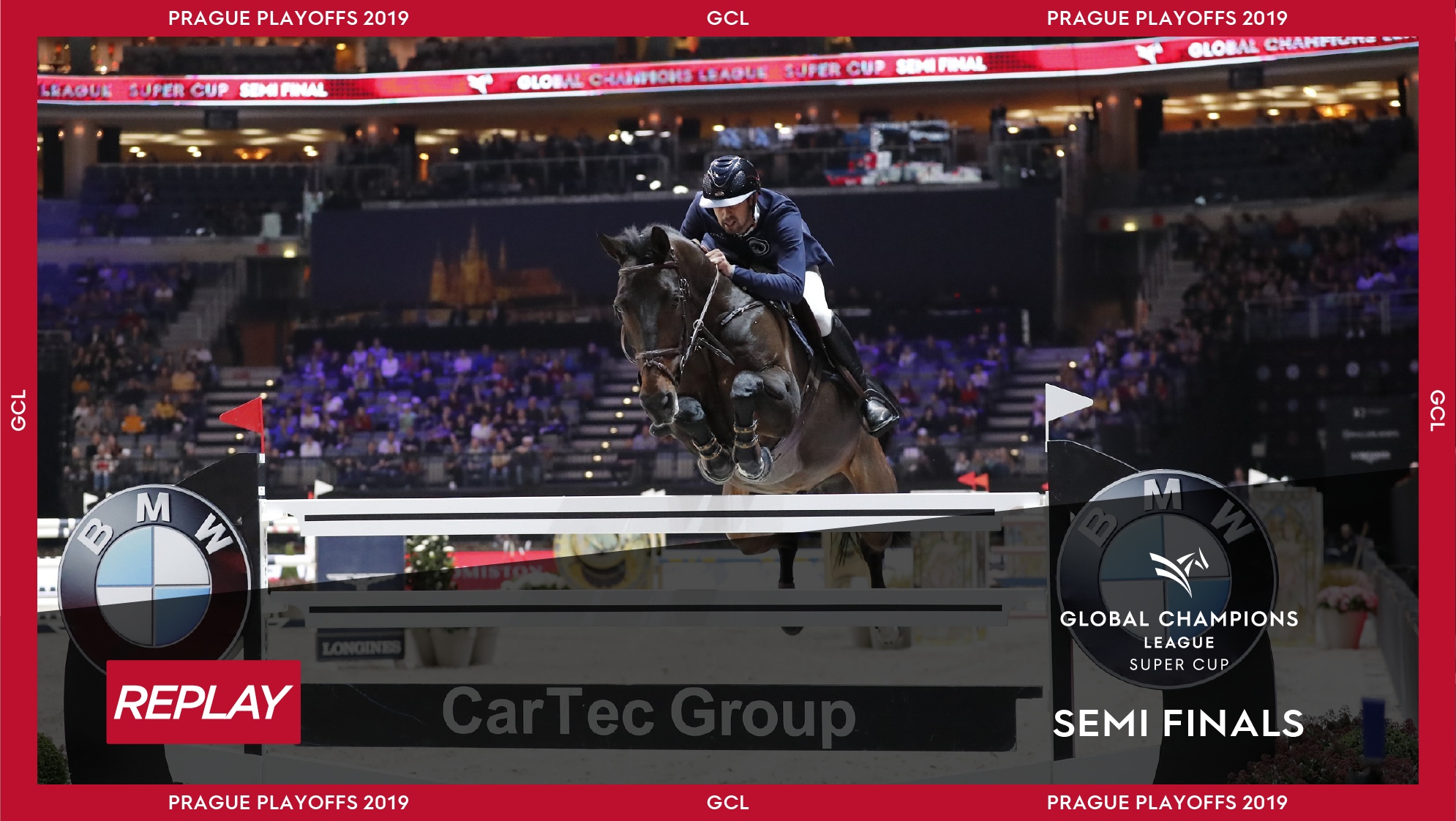 Only six teams made it through to the GCL Super Cup Final from the Semi Final round, with dramatic exits for hot favourites London Knights and St Tropez Pirates. The captivating GCL Super Cup Semi Final produced a rollercoaster of twists and turns that had the audience holding their breath in the grandstands around the O2 arena in Prague at the GC Playoffs.

Paris Panthers rose to the top in this round with superb clear rounds from Darragh Kenny with Romeo 88 and Nayel Nassar with Lucifer V, while Gregory Wathelet and MJT Nevados S held their score at 4 faults to keep them in the lead and into the Final.

Their formidable performance piled pressure on the rest of the teams with Miami Celtics, Scandinavian Vikings and Chantilly Pegasus all finishing in the drop zone.

There was also heartache for local fans as the home city team Prague Lions narrowly missed out on a shot at glory, finishing just one second slower on their combined time. Team Manager Jessica Kurten said: “We were disappointed to miss out on the Final by just one second but that is the high level of this sport. Our team have been phenomenal, they performed their absolute best and I could not be more proud of every horse and rider.”

The spectacular climax to the GCL season culminated in the GCL Super Cup Final, with six teams returning to compete for the prestigious trophy all starting on a zero score; Paris Panthers, Madrid In Motion, Valkenswaard United, Shanghai Swans, Monaco Aces and Cannes Stars.