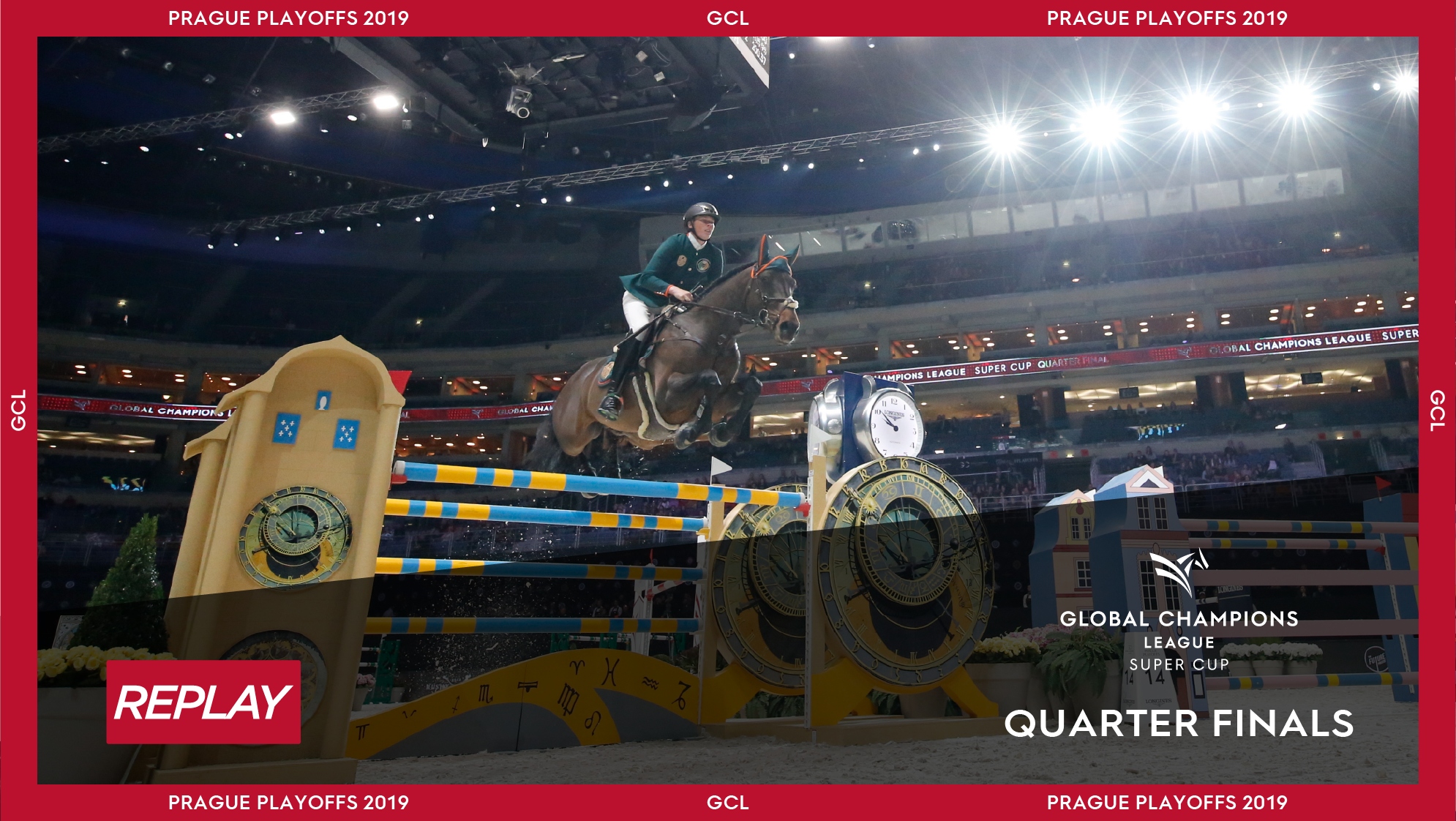 The GCL Super Cup Quarter Final in 2019 was filled with tense drama and battles for qualifying spots as teams fought to qualify for the Semi Final round. Miami Celtics took the top spot in the all-or-nothing competition, as eight teams survived to take their places in the Semi Final. Meanwhile four teams hit the drop zone after facing the ultimate jeopardy of elimination.

U25 rider Michael Duffy with Mullaghdrin Touch The Stars, William Whitaker with RMF Cadeau de Muze and Shane Breen with Ipswich van de Wolfsakker of the Miami Celtics who shot to the top of the score boards in the intense competition, performing under intense pressure to secure their place in the Semi Final.

Local spectators raised the roof as the home city team Prague Lions survived to reach the Semi Final, a rollercoaster ride of three rounds leaving fans on the edge of their seats as they just edged into Friday's competition.

With the championship’s four top ranked teams being fast-tracked to the Semi Final, the Quarter Final was an all-or-nothing mission for eight of the 12 teams to claim their ticket to the next round.

Re-live this incredible competition on Thursday 6 August from 10:30 BST/11:30 CET/04:30 EST. The replay will be available to watch for 24 hours. Find out which teams made it through to the next round - and which would have to try again another year.