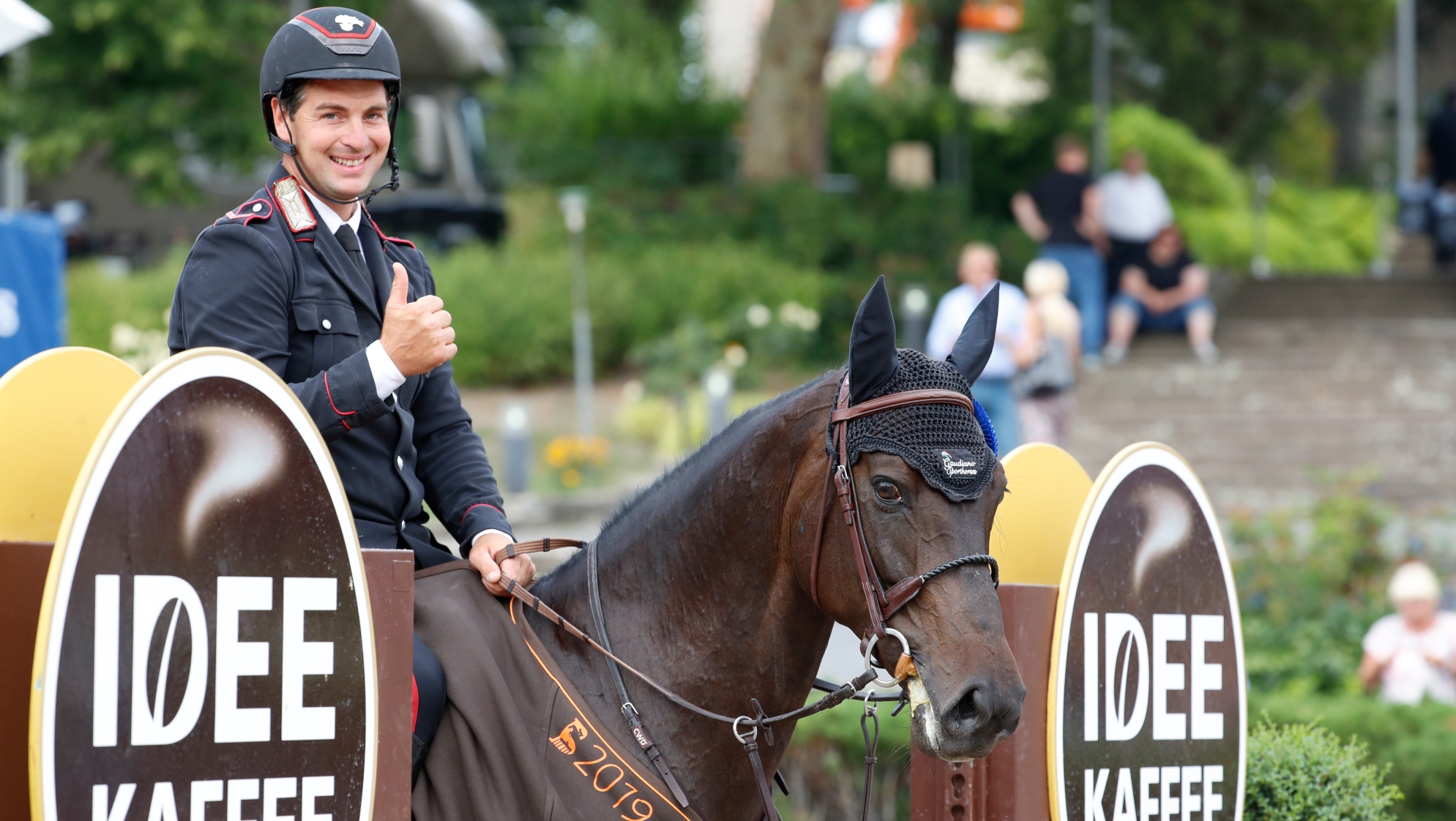 A delighted Emanuele Gaudiano said: “Carlotta was fantastic - when she is clear she is hard to beat. I think I won it because I did all the inside turns. In total now she has won 63 international classes!"

Fresh from her win yesterday Dani G. Waldman (ISR) was the pathfinder on Jativia for today’s 1.45m Idee Coffee speed class. She left all the fences up on her beautiful grey but picked up one-time fault forcing them out of the placings. Harrie Smolders (NED) and Une de l'Othain set the pace early on with a clear in 66.57 seconds and a foot-perfect roll back to the Tennor upright to go into the lead at that stage.

The super-speedy combination of Alberto Zorzi (ITA) and Cinsey then leapfrogged into first place by cutting over 4 seconds off the time to beat and crossing the line in 62.56 seconds. Mathilda Karlsson (SRI) looked to be on track to be within touching distance of the time until two poles fell in the latter part of the course pushing them right down the leaderboard.

But it was Scott Brash (GBR) and Hello Shelby who changed the game by making an inside turn from two to three. There was nothing stopping the pair as they galloped to the last clearing it and stormed into the lead with a time of 59.38 seconds.

Notorious speed merchant Pius Schwizer (SUI) and Ulane Belmaniere pulled out all the stops to try and power to the top of the leaderboard but couldn’t take a podium place today. After his win on day one of LGCT Berlin, Maikel van der Vleuten (NED) was looking to add to his tally. He set off as fast as he could but the last three fences fell as Arera C got a little too flat and rolled the poles.

Also picking up clears in the fast and furious speed class was Christian Ahlmann (GER), Christian Kukuk (GER), William Whitaker (GBR) and Bassem Mohammed (QAT). An early fault from normally clear combination Julien Epaillard and Usual Suspect d'Auge put them out of contention for the win today and both Roger Yves-Bost (FRA), Kim Emmen (NED) were caught out by the tight time allowed.

Once again Emanuele Gaudiano (ITA) wasn't holding back at all on his 10-year-old Carlotta 232. The crowd cheered as he managed to cut three and a half seconds off Brash’s leading time to take the win in 55.87 seconds.

Next to challenge the Italian was Marlon Modolo Zanotelli. His long-striding mare Handy van HD gave everything she could but just fell short of the time to place third in 60.39 seconds just one-tenth of a second ahead of William Whitaker (GBR) and RMF Chacco Top.