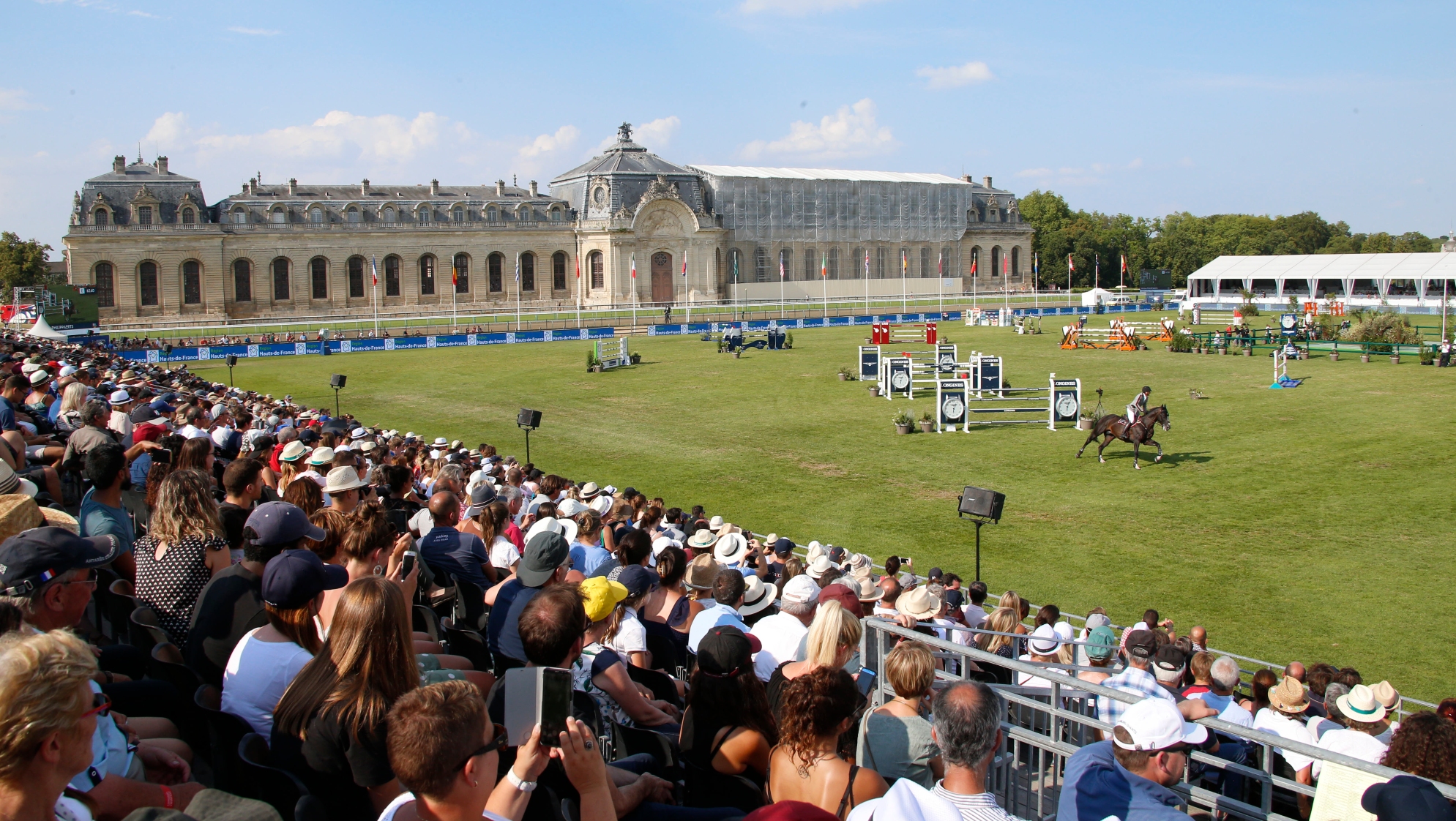 The 12th leg of the 2019 Longines Global Champions Tour will see a fascinating battle unfold at the top of the ranking with current ranking leader Pieter Devos (BEL) aiming to extend his advantage and reigning LGCT Champion of Champions Ben Maher (GBR) pitching to overtake his closest rival Daniel Deusser (GER).

The potential for another shake up in the season’s Championship is on the cards with all the high octane action playing out on the vast grass arena in the middle of the world famous Chantilly racetrack.

Currently leading the pack is on form Belgian rider Devos, who has been a long time front runner this season and currently sits on a tally of 224 points. Daniel Deusser (GER) and Ben Maher (GBR) sit just behind him both champing at the bit on 215 points. With Deusser not attending Chantilly it will give Maher a prime opportunity to squeeze in front and even seize the top spot.

Continuing his climb up the rankings to 7th spot is Olympic gold medallist Scott Brash (GBR) who heads to Chantilly with one goal only - to pick up his golden ticket to the LGCT Super Grand Prix. The popular British rider is backed by serious horsepower this year and on 145 points overall he knows the next few events will make all the difference if he wants to win his third LGCT Championship title.

Holding on to 10th spot in the order is show jumping maestro Marcus Ehning (GER) who is just two points behind Brash. He will also be in action in Chantilly where he can pick up some crucial points to stay within the top 10. Fresh from his double of wins in Paris, Christian Ahlmann (GER) will be competing this week in the elegant “Capital of the Horse” and aiming for a place in the LGCT Grand Prix of Chantilly to try and make it back to back wins.

Three previous LGCT Grand Prix of Chantilly winners will be returning to fight to regain their titles.  Ludger Beerbaum (GER) and Nicola Philippaerts (BEL) and Gregory Wathelet (BEL) are all on flying form at the moment - could history repeat itself?

With GCL teams also fielding strong squads including home favourite Roger-Yves Bost (FRA) as well as Jerome Guery (BEL), Georgina Bloomberg (USA) and Emily Moffitt (GBR) it is set to be an electrifying weekend of sport against the fairytale backdrop of the Chateau de Chantilly.

All the action will be streamed live and for free on our website GC TV.