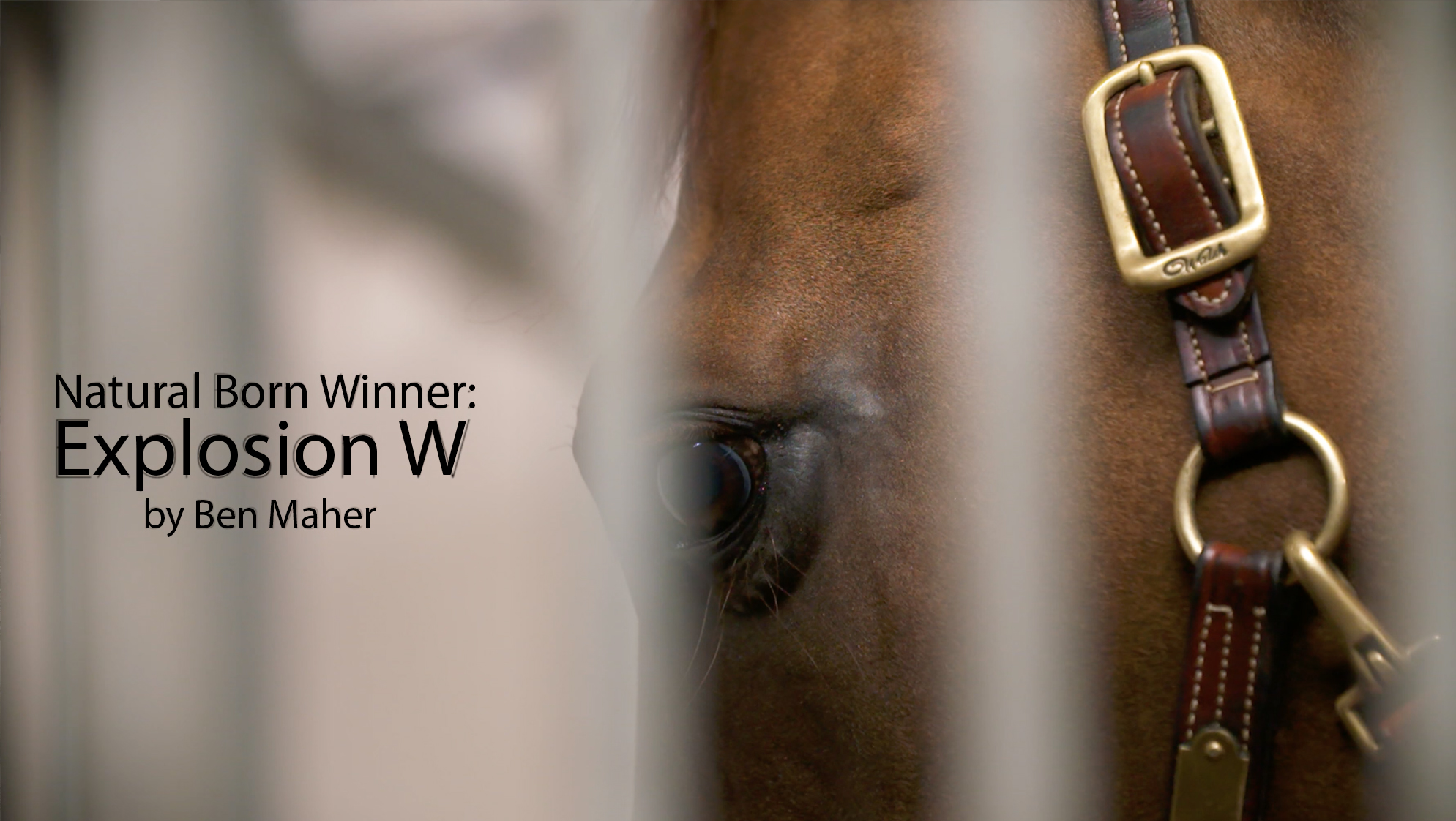 "He’s so confident - he’s confident in absolutely everything he does. He just loves life."

New LGCT Champion Ben Maher (GBR) is gunning for the GCL team series trophy in Doha in November and in an exclusive interview he reveals the high calibre horse power that propelled him to the individual title.

Standing over 17hh, the Poden Farms owned horse Explosion W has, quite literally, exploded onto the show jumping scene with the Moffitt family and rider Ben - the 2018 Longines Global Champions Tour title winner. In an interview filmed just before the pair took the Championship at the penultimate event in Rome, Ben revealed an intimate insight into the special chestnut gelding; "I know he’s such a fighter, and he’s not going to let me down.”

With a clear rate of 86%, Explosion has become one of the top performing horses in the LGCT and GCL Championship, with the relatively young nine year old horse making a big impression on the world’s premier show jumping circuit. Speaking after his LGCT Championship win in Rome Ben said: "I’m very proud of this horse. As Jan said it’s a long season, I’ve been competing in LGCT since almost the beginning and never really come close - never had the horsepower or the number of horses, so I have a lot to thank Poden Farms for and the Moffitt family. As Jan said it’s a team effort, they are young horses - we have a strong group of grooms and riders behind me, so it’s really thanks to them."

The British Olympic athlete secured an impressive three LGCT Grand Prix wins over the 16-event season, wrapping up the title just a couple of weeks ago in Rome at the penultimate event of the season. The nine year old chestnut gelding has played a fundamental role in Ben’s Championship bid this season, winning LGCT Grand Prix events in Madrid and Rome, as well as securing second in Shanghai, two 4th places in Paris and London, and 5th in Chantilly. Indeed, with all his competition results over event weekends, Explosion W has won a impressive €547,065 in prize money so far this season - his first on the Championship - and a significant part of Ben’s overall prize purse of €794,480.

As well as playing a pivotal role in the 2018 LGCT Champion of Champions title, Explosion W has helped Ben’s GCL team, London Knights, power to their current position of overall ranking leaders. Remarkably Explosion has played a crucial part in every single one of the team’s four wins this season, with Ben electing to ride the young horse in the all-important second round - and delivering results. With seven appearances in total this year for the Knights squad, Explosion W has become one of the team’s most consistent and therefore core star strikers. In the film, Ben spoke of the high calibre competition the GCL showcases: "This League is the biggest league for show jumping in the world, I think it’s great for both riders and fans watching.

"Explosion has experience beyond his years - I’ve been in Shanghai on the sand, I’ve been in Madrid on the grass, Paris in a smaller arena - he really has adapted to every environment. His game face is always on, he believes he can win. He gives me as a rider the belief that I can also do anything.”

Looking ahead to the GC Play Offs, where teams are battling to qualify for a place in the GCL Super Cup and individual LGCT Grand Prix winners will go head to head in the LGCT Super Grand Prix, Ben’s focus is on Prague where the event will be held at the O2 Arena this December. With three LGCT Grand Prix event wins under his belt (Madrid, St Tropez, Rome), the British Olympic rider will be up against the likes of Edwina Tops-Alexander, Harrie Smolders, Scott Brash, Ludger Beerbaum, Nicola Philippaerts, Daniel Deusser, Alberto Zorzi and Peder Fredricson, to name just a few, all competing for a further 1.25 million euros in prize money.

And the British rider has thrown down the gauntlet to the rest of the world class field, revealing he is planning to bring the talented horse to the GC Play Offs, and the first indoor event on the LGCT calendar. "Prague is new territory for Explosion, that’ll be a big goal towards the end of the year, especially with the [Longines Global Champions Tour] Super Grand Prix.”

In the coming weeks, the focus however is the finals in Doha for the GCL team series, where he will be looking to help cement the Knights’ position at the top of the overall rankings, as well as fast-track to the semi-finals in the GCL Super Cup. Speaking after his win in Rome, Ben said: "To finish [the LGCT Championship] early means I can relax a bit, rest the horses and go to Doha with goals in mind. GCL is very important for London Knights.”

"But it’s been an incredible season for me - if someone said to me six months ago that I’d be sitting here with two 9 year old horses I would never have believed that. I can’t quite believe it to be honest. I just kept my head down, stuck to my plan, trust my horse. I have to believe that he will clear every jump, and I know he’s fast, so it’s great to be back in the top end of the sport this year.”

And as for the future? Ben is optimistic. "I think we’re just at the start of Explosion’s career, but I really feel that further down the line he could become one of the best show jumpers in the world. I think it’s just a matter of time before he becomes a show jumping household name.”

To watch the full film of Ben and Explosion W, please click here.