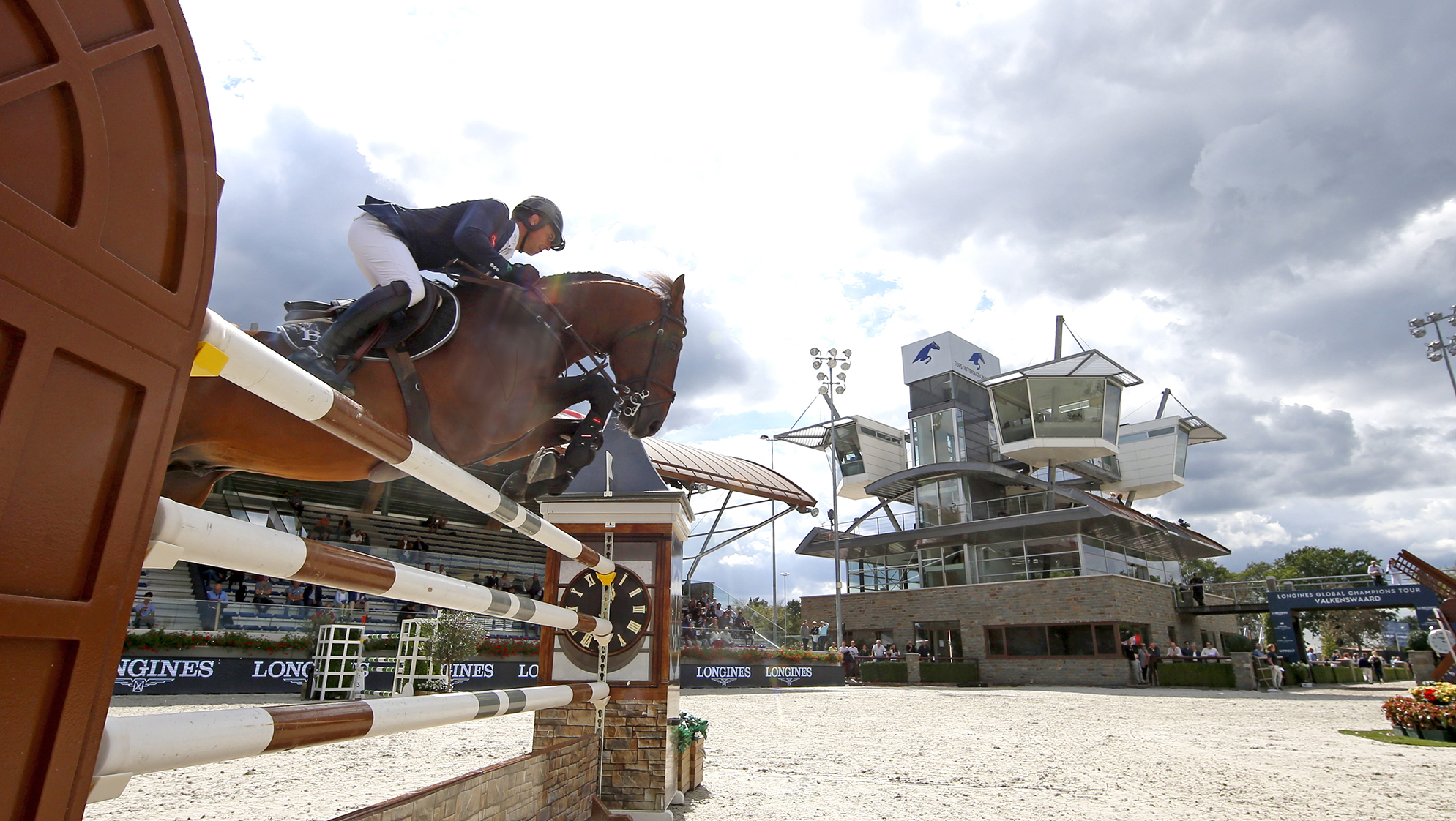 Julien Epaillard (FRA) and Safari d Auge stormed to the first win of the Longines Global Champions Tour Valkenswaard weekend, the Frenchman kicking off a weekend of top sport in The Netherlands.

Christian Ahlmann (GER) and Take a Chance on me Z took second, with Jessica Springsteen (USA) and Tinkerbell 31 finishing just one hundredths of a second behind in third.

The first competition of the weekend was a 1.45m two phase, with Uliano Vezzani producing a sweeping, flowing first test for the international field of 59 starters. The 125m by 85m sand arena provided the stage, with the Tops International Arena celebrating it’s 25th anniversary this year.

Abdel Saïd (EGY) soon put in a speedy time with Venise du Reverdy, blazing around the second phase to set an early time to beat of 26.23s. His time was quickly beaten by Kent Farrington (USA) and Jasper van't Gestelhof, the American rider back in action on the LGCT circuit and making an instant impression in his first class of the weekend.

Eduardo Alvarez Aznar (ESP) looked to be in contention for the win with Uqualin du Saulcy, but took a turn too tight in the second phase and rolled a pole. There were plenty of upsets across the field, with Leopold van Asten (NED) and VDL Groep Beauty picking up an unusual eight faults, LGCT ranking leader Ben Maher (GBR) rolling a pole with Winning Good and Maikel van der Vleuten (NED) picking up five with Verdi TN.

There was drama as the winds picked up, a big gust blowing down the final fence before Julien Epaillard (FRA) and Safari d Auge could reach it. A pause as the course was rebuilt, and then Julien took on the final line, powering through the finish gates to stop the clock ahead of Kent, with a new time to beat of 23.25s - a full three seconds faster than the American’s time, and unquestionably into the lead.

Many more tried, but failed, to better the flying Frenchman’s time, Julien taking yet another CSI5* win on the 2018 LGCT circuit. The next class, the first round of the GCL Valkenswaard kicks off at 17:25 local time - tune in via GC TV and on the official FB page.