Dreher Dazzles as Cannes Gears Up for Saturday Spectacular 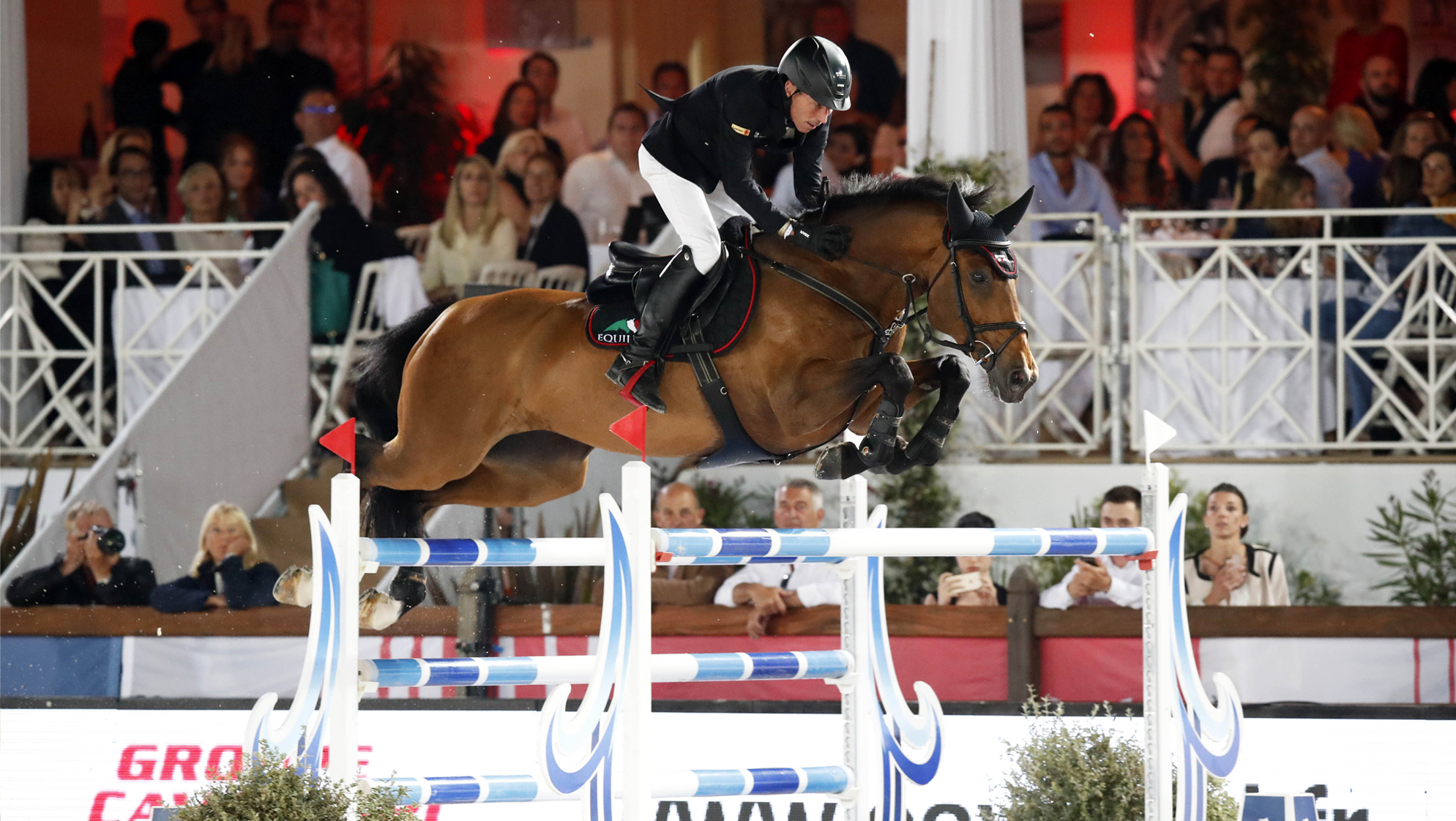 Hans-Dieter Dreher (GER) and Berlinda dazzled in an edge-of-the-seat triumph during the second day of action at the Longines Global Champions Tour of Cannes.

The 1.50m Prix JW Marriott jump-off class set the scene perfectly for Saturday’s GCL Cannes R2 and the LGCT Grand Prix of Cannes, with the promise of a blockbuster showdown featuring the world’s best horses and riders under the glittering lights on the French Riviera.

A delighted Dreher said: “[Berlinda] was amazing today, she’s really fast. It’s been a long time since I’ve had a win, but it’s worked out and I’m really happy today. Until now [at LGCT Cannes] I was every class clear, so we’ll wait and see what happens tomorrow!”

Course designer Gregory Bodo gave the riders plenty of options in this evening's course, with a choice of strides and a complete contrast to last week’s Hamburg challenge. A big Longines oxer early on demanded power and focus, as did the red and white Maurice oxer not long after. One of the big challenges was a double of Cannes verticals, set down the grandstand side with an option of four or five strides. A Volvo liverpool caught out a few, as did a delicate AirFrance vertical quickly followed by another double combination set away from the in-gate. The tight time allowed of 78s added pressure to the riders, and proved to play an influential part in the competition.

39 riders took part in the 1.50m competition, with the lions share of 62.000 euros on offer this evening - during the GC TV live studio Bodo had predicted approximately 10 riders through to the jump-off.

The pathfinder was local hero Philippe Rozier (FRA) with the 15 year old Cristallo A LM, the crowd clapping them in as they took centre stage. The pair took on the challenge, but a steadier five strides to the double of Cannes verticals caused them to come in too deep, and the pole fell, with the grandstand groaning in disappointment. He was quickly joined by yesterday’s winner Marlon Zanotelli (BRA), but the Brazilian took the option of four strides to the same fence and also came undone with J-Figyelem, eventually retiring.

Pieter Devos (BEL) was looking for redemption with Jade v. Bisschop after their challenging start in Thursday’s GCL Cannes first round. But the mare looked settled and at ease under the brightly lit arena, with Devos steering her to a masterful clear - the first on the board this evening.

Kim Emmen (NED) and Delavaux opted for a careful round, but were another victim who fell short of the time allowed - one painful time fault ruling them out of the jump-off. Carlos Enrique Lopez Lizarazo (COL) with G&C Arrayan also couldn’t hit the time allowed mark, and dropped out of a chance for glory. However the masterful Marcus Ehning (GER) and bay mare Cristy took the challenging course in their stride, literally - adding their name to those clear and into the jump-off.

U25 rider Emily Moffitt (GBR) impressed yet again with Tipsy du Terral, Moffitt managing the keen horse brilliantly to cross the line with a second to spare and throwing her hat into the mix for the jump-off. She would be joined by Alberto Zorzi (ITA) with Cinsey, Olivier Philippaerts (BEL) with Cigaret JVH Z, Hans-Dieter Dreher (GER) with Berlinda, Karel Cox (BEL) with Escape-Adventure, Daniel Deusser (GER) with Cornet d’Amour and final rider to go Harry Charles (GBR) with Borsato - making it a nine rider jump-off, just one rider shy of Bodo’s prediction of ten.

First to return to the ring was Pieter Devos (BEL) with the flashy chestnut mare Jade v. Bisschop raring to go. The pair cruised around the arena, Devos taking every tight turn possible and squeezing inside the AirFrance vertical despite Jade losing a shoe midway, flying to the finish in 36.40s. The pressure was on the riders to come, and only time would tell if it would force riders into errors.

Am early pole for Marcus Ehning (GER) and Cristy dropped them on four faults and out of a chance with a top placing today.

Emily Moffitt (GBR) and Tipsy du Terral set off at a strong pace, but Moffitt focused on keeping all the turns smooth with a steady but fast-moving rhythm to ensure all the poles stayed up. They crossed the line in 39.66s, but crucially with a double clear today.

Alberto Zorzi (ITA) and Cinsey looked slower in the first half of the course, and could only finish clear in 39.14s, just ahead of Moffitt and slipping behind Devos. Olivier Philippaerts (BEL) had the benefit of the big striding Cigaret JVH Z, but the big horse was a touch slower in the turns and despite their best efforts crossed the line in 37.14s.

Hans-Dieter Dreher (GER) looked speedy from the off with Berlinda, up on the time at the halfway mark. But a miscommunication as they tried for the turn inside the AirFrance vertical brought them almost to a standstill, however Dreher pulled off an incredible recovery to power around to the finish, galloping through the line to set a new time to beat of 35.38s.

Belgian rider Karel Cox had his hands full with the bounding Escape-Adventure, the big horse taking it’s time over the fences. They pushed to the finish, crossing the line clear but finishing in 38.16s and not fast enough to topple Dreher’s time.

Experienced duo Daniel Deusser (GER) and Cornet d’Amour looked to be a real danger to Dreher’s time, but the grey horse stumbled on landing before the turn inside the AirFrance vertical, with the first part of the double coming down and dropping them out of contention.

Final rider to go, U25 talent Harry Charles (GBR) set off with clear intent with Borsato, the 19 year old fixed and focused on the challenge ahead. But there were groans from the crowd as Borsato fought for his head to the GC vertical, the pole coming down and handing the win to Hans-Dieter Dreher.

The final day of competition at LGCT Cannes kicks off with the GCL Cannes final at 18:00 local time, with the LGCT Grand Prix of Cannes taking place at 21:30. All the action can be streamed live and free on the www.gcglobalchampions.com website.