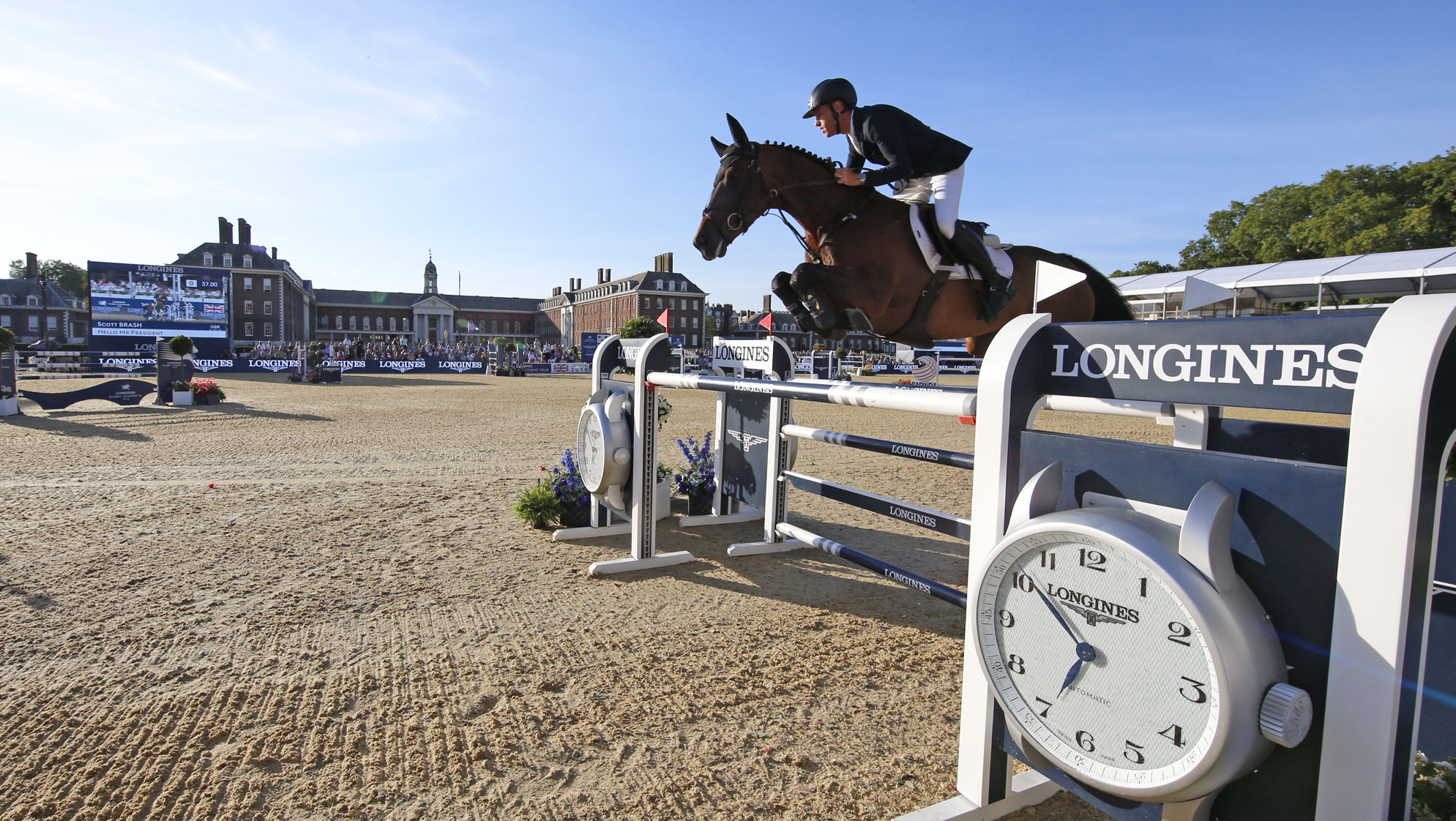 Don’t miss the UK’s summer show jumping spectacular where the world’s top riders and horses will be in action at the unique venue of Royal Hospital Chelsea for the Longines Global Champions Tour of London.

An exclusive video can today be revealed, featuring two British Olympic athletes; Scott Brash and Ben Maher - both of whom are confirmed to compete at this stunning event alongside many of the biggest international names in the sport. Emotions ran high in the packed grandstands last year as the national anthem played out and the Chelsea Pensioners and Household Cavalry stood proudly next to the winners.

Speaking about the exciting British leg of the Championship, which visits major cities in the world such as Paris, Rome, Miami Beach, Shanghai and Mexico City to name a few, Scott Brash (GBR) said: “I think it is such a unique venue in the heart of London. Each year it has been top sport, it has been fast jump-offs for the last two years so we will be expecting much the same this year."

Last year the battle between the British riders reached fever pitch as Scott Brash and Ben Maher went head to head once again for the top of the podium. In the end it was Scott who finished on top, with a packed grandstand on their feet after a breathtaking performance with his horse Hello Mr President. But will he be able to do it again this year? Or will Ben bite back and take the 2019 win? There is only one way to find out! Get your tickets online right now.

Talking about their thrilling rivalry Ben Maher (GBR) said: "My rivalry with Scott in London has got a little bit of history. Last year he was ahead of me and I had to chase which forced me to make a mistake. It is exciting to see, even more reason to come and watch! It is a special feeling when you have all of your support team, family, owners and friends there and to win at home is always the best place to win."

The GCL series is more competitive than ever this season as 16 teams fight for valuable Championship points. The London Knights currently lead the pack but with all the top three teams within 10 points of each other, it is still anyone's game. London is a crucial event for the teams as they play their best combinations to start the final push to be on top.

With lots to do for the whole family including a shopping village, refreshment areas and plenty of entertainment the thrilling sport can be enjoyed by all. Come and support the best in the business this August right by the River Thames in picture-perfect Chelsea.

The action kicks off on the Friday with the first round of the GCL London followed by the all-important final on Saturday. All eyes will be on the British hopes for the LGCT Grand Prix of London to see who will pick up the 14th ticket to the LGCT Super Grand Prix and Sunday will see the final day of top-level sport with two exciting but different CSI5* classes.

Tickets are still available but they're selling fast - book your place now via Ticketmaster, or by clicking this link.