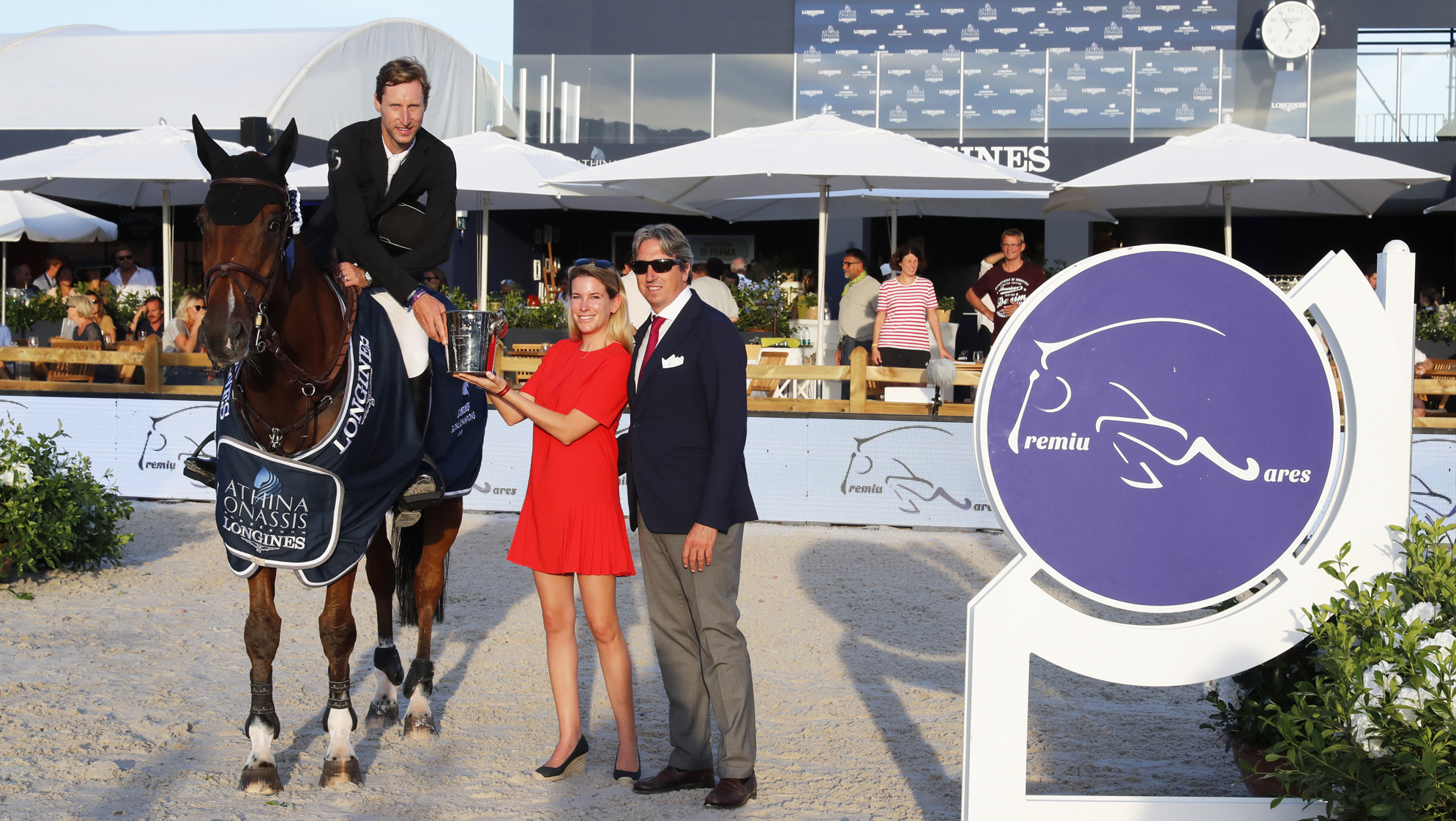 Devos - who is currently second in the overall LGCT Rankings - showed to be on formidable form with an impressive win in this afternoon's challenging 1.55m competition. Devos took the trophy from Kent Farrington (USA) with Austria 2, and Eric van der Vleuten (NED) with Djoost Again rounding out third. Fourth went to Kevin Staut (FRA) and Viking d'la Rousserie, while fifth place was awarded to Alexandra Thornton (GBR) and Charielle who were first to go.

A delighted Devos said: "I'm very happy, I have a very good feeling. I have a fast horse and I did a bit my own plan as I saw there was a lot of faults. I steadied up [due to that] and then I got faster and faster. I was afraid of Kent, he was close, but we made it! It’s nice to win today, and hopefully it gives me confidence for tomorrow. I will ride a different horse, and it’s tougher sport in the Grand Prix, so let’s cross our fingers.”

Devos, who has been the long-time leader of the overall LGCT Championship until last weekend in Rome when Ben Maher (GBR) pipped him to the lead said: "It’s a good season, very exciting, it’s been a good year so I hope I can finish well in New York and the [GC] Prague Playoffs.”

Fans flocked to the Longines Athina Onassis Horse Show, home of the LGCT Ramatuelle/Saint Tropez, just meters from the world-famous Pampelonne Beach with its sparkling turquoise waters. Uliano Vezzani again set a tough and challenging course, with the final PremiuMares vertical catching out plenty of combinations.

First to go Alexandra Thornton (GBR) rocketed around the arena with Charielle, the 13 year old bay mare taking on the track with confidence and flair. They made it look effortless as they delivered a foot-perfect clear, flying over the finish line with Thornton smiling in delight as she patted her mare.

But it would prove to be a challenging track, as next to go Julien Epaillard (FRA) and Virtuose Champeix just caught the tip of the wavy plank, the normally speedy pair out of a chance for glory today.

Christian Kukuk (GER) and the eye-catching 8 year old Creature took on the course with pricked ears, the dapple grey horse clearly enjoying every moment of the class. But they opted for the six strides to the Cavalleria Toscana oxer, just coming in a touch too deep and rolling the front bar with the gentlest of taps from the toe.

The middle part of the triple combination came down for Scott Brash (GBR) and Hello M’Lady, the Olympic gold medallist popping a couple more fences before retiring the 13 year old bay mare.

Ludger Beerbaum (GER) brought out his experienced chestnut gelding Casello, the 16 year old horse cruising around arena with ease to produce the next clear - there would be a jump-off. Compatriot Marcus Ehning (GER) would follow suit, piloting the 14 year old chestnut stallion Funky Fred, and Denis Lynch produced the goods with Chateau Petrus to add their names to the jump-off list.

There was heartache for Maikel van der Vleuten (NED) and Dana Blue after they just clipped the final PremiuMares vertical, the pole tumbling to the groan of the crowd. Sheikh Ali Bin Khalid Al Thani (QAT) and Sirocco bounced around the arena, the duo clearing the triple despite missing the stride they wanted. They just had the wavy plank down, but the pair looked on strong form for the final day of competition to come.

Pieter Devos (BEL) and Espoir put in a formidable performance, the 15 year old gelding flicking his tail expressively over the fences to add their names to the jump-off. They would be joined by Eric van der Vleuten (NED) with Djoost Again, Lorenzo de Luca (ITA) with Amarit d’Amour, Kent Farrington (USA) with Austria 2 and Kevin Staut (FRA) with Viking d'la Rousserie.

Jump-Off
First to return Alexandra Thornton (GBR) looked to be determined but opted for no risks as she and Charielle flowed around the arena. The naturally quick horse covered the ground, and the pair made a phenomenal turn to the Longines oxer before a fast gallop to cross the line in 44.84s.

Ludger Beerbaum (GER) and Casello had the second fence - a light green and white vertical - down, immediately dropping them out of a chance of the win today. Compatriot Marcus Ehning (GER) and Funky Fred made the exact same mistake, the fallen pole meaning they too would would miss out on the lion’s share of the prize money today.

Pieter Devos (BEL) and Espoir cleared the troublesome second fence with ease and powered around the course. A tight turn back to the Longines plank saw them up on the time, as the duo built momentum towards the end of the course. They flew over the final PremiuMares vertical tight to the flag, setting a new time to beat of 42.02s.

Eric van der Vleuten (NED) with Djoost Again gave it a valiant attempt, with a determined run down to the finish. But they couldn’t better Devos’ time and had to settle for 43.20s.

The troublesome second fence fell for Lorenzo de Luca (ITA) and Amarit d’Amour, before another fence put them on a score of 8 faults today.

Kent Farrington (USA) and Austria 2 gave it a brave shot at the Athina Onassis vertical and looked up on time as they sped around the track. But despite giving it their all they couldn’t match Devos’ time, finishing in 42.34s.

Final rider to go Kevin Staut (FRA) and Viking d'la Rousserie looked fresh and keen for a turbo-charged round, but despite their enthusiasm they too fell short of Devos’ time, crossing the line in 43.89s.

So it would be another win for the Belgian talent of Pieter Devos (BEL), the rider second in the overall rankings and hungry for redemption in Saturday’s showdown.

Tune in to GC TV via the www.gcglobalchampions.com website at 13:45 local time to watch the conclusion of GCL Ramatuelle/Saint Tropez and at 17:15 for the LGCT Grand Prix.