Devos Delight in Shanghai Ahead of Blockbuster Weekend 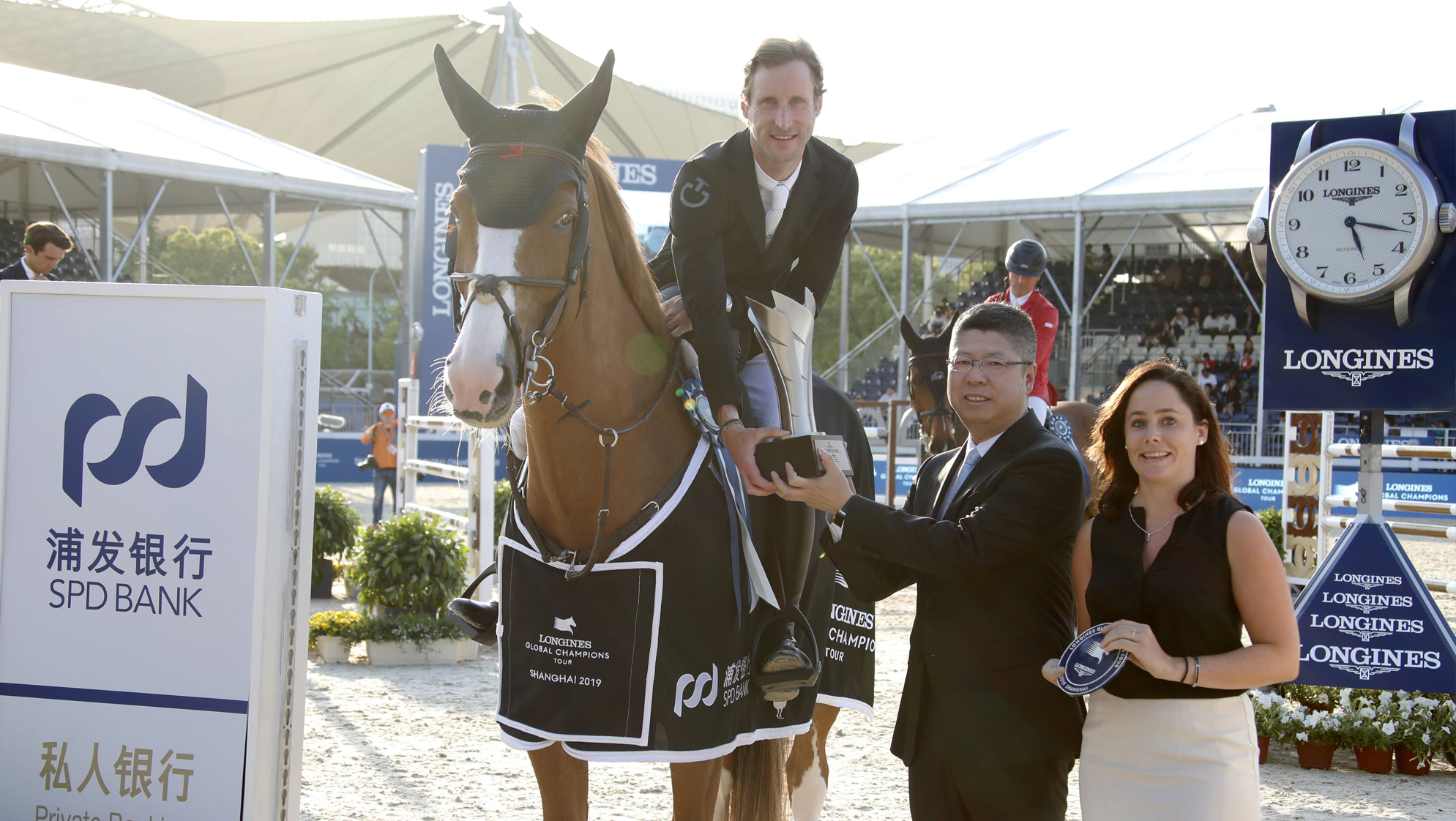 Devos was first to go in the 9-strong jump off and fought off challenges from some of the world’s speed aces including Marlon Zanotelli (BRA) who came in second and only 0.23 of a second slower with Pius Schwizer (SUI) in third.

Chinese fans whooped in delight and gasped in surprise as each rider impressed the passionate crowd at the beautiful venue in Shanghai’s Pudong district.

Before the competition dignitaries and officials took part in a ceremony in the arena to official unveil a model of the spectacular new Shanghai Juss International Equestrian Center. The significant development comes after LGCT first debuted top-level international show jumping in China with international horses back in 2014 and since then the popularity of equestrianism has soared.

The new architect-designed Equestrian Centre will cover 3.32 hectares of the Expo Cultural Park and will feature a 90m x 60m competition arena. It will also include seating for 5,000 spectators, world class VIP facilities and will be a permanent equestrian venue for 5* events and with a focus on develop future equestrian talent among young Chinese riders.

Speaking at the ceremony Jan Tops, President of Longines Global Champions Tour, said: “This important and exciting development highlights the commitment of China to growing equestrian sport for the future. We have been proud to bring top-level show jumping to China since our first event in in 2014 and each year we welcome more fans to enjoy this fantastic sport. And I am sure the future new Equestrian Park will be an important catalyst to a strong future for China in equestrian sport.”

With the arena bathed in bright sunshine the world’s top riders locked horns in the SPD Bank 5* it was Darragh Kenny (IRL) and Balou du Reventon who set out as the pathfinders on Uliano Vezzani’s course. With a fence down and time faults for Darragh it was clear the time allowed was going to be a major challenge.

Young Chinese rider You Zhang made a debut on the International stage on home turf and will feature along with other Chinese riders over the weekend gaining valuable experience at the top level.

LGCT Ranking leader Pieter Devos and Jade v. Bisschop executed a masterful first round with impressive technique to bag a place in the jump off. He was swiftly followed with a clear round by Alberto Zorzi (ITA) on the dark bay stallion Cinsey.

Christian Ahlmann (GER) was out of contention after his bay stallion Atomic Z had four faults at the red and white plank, which became the bogey fence of the day, and then the horse became unsettled and had other fences down for an uncharacteristic tally of 18.

Abdel Said (EGY) and the exuberant and scopy Jumpy van de Hermitage thrilled spectators with a lively round producing plenty of gasps as they finished clear and into the jump off.

Marlon Zanotelli (BRA) rode VDL Edgar M to a place in the jump off and the clear rounds started to flow as riders calculated the optimum strides and turns to stay within the tight time allowed.

Pius Schwizer (SUI) and About A Dream delivered a superbly efficient round and Leopold van Asten (NED) and Jerome Guery (BEL) finalised the jump off contenders.

Devos was first in with Jade and out of the starting blocks at lightning speed. He never took his foot off the accelerator and finished in 31.81 putting enormous pressure on the eight riders to follow.

Zorzi had a rail down and was out of the running but Abdel Said and Jumpy gave it their all with a sharp angle at the start to gain time but finishing in 33.74. It was clear that riders had to make up crucial time in the first half of the course to have any chance of beating Devos.

Wathelet and Qualido 3 looked strong but were slightly adrift at some turns and finished too slow at 33.01. Bosty was unable to match the tremendous pace and crossed the finish line in 35.25.

A thrilling round from Marlon Zanotelli and VDL Edgar M had the audience holding their breath as he was only fractionally behind at the mid-way point. But the clock stopped at 32.04 putting him in second place.

Pius Schwizer and About A Dream looked a sure bet but went a bit wide at one fence and it was to provide costly putting him in third place on the podium in 32.60.

The final challengers Leopold van Asten and Jerome Guery knew they were up against a massive time challenge and both clocked up four faults in their pursuit of the leader.

Speaking after his win Devos, who was widely congratulated by other riders, said: “She is quite a new mare for me at this level and she is jumping amazing. I was first to go in the jump off and fast riders behind me, so I said ok I will take the risk and it worked out. My mare was really with me and did it very well. Marlon really tried and we are all friends here. It is just super.”