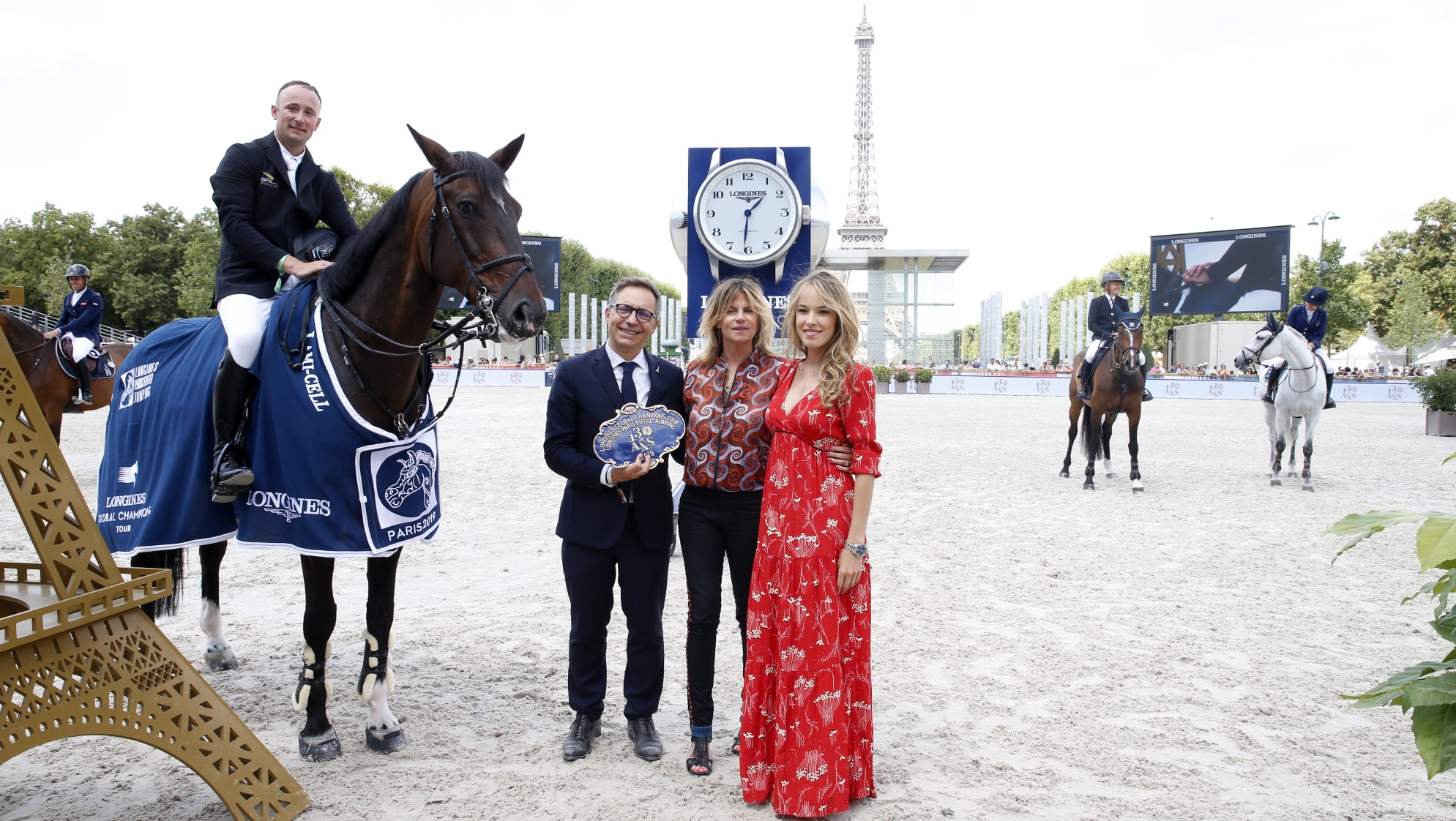 The final day of the Longines Global Champions Tour - Longines Paris Eiffel Jumping kicked off with a sizzling win under the Eiffel Tower from Karel Cox (BEL) and his talented bay Evert.

Beneath bright blue skies, Cox took the first CSI5* win of the day by just 0.41 seconds ahead of Julien Epaillard (FRA) and Queeletta who are known for their speed. It was a joint third place between fellow Frenchman Roger Yves Bost (FRA) and Oliver Robert (FRA) who both finished in a time of 57.77 seconds.

Talking after his win Cox said: “I have been a bit unlucky recently so today I wanted to put him in the smaller class so he could just enjoy himself. I was aiming for a nice smooth round and even before fence number one Evert was raring to go.”

Gregory Bodo set a fast and furious course for the 1.45m/1.50m speed class. He gave the riders lots of options to take strides out and which meant ten out of the twenty-seven starters managed to get around the course in sub 60 seconds.

First to go was newbie on the Tour and yesterday's LGCT Grand Prix of Paris Silver Medallist Celine Schoonbroodt- de Acevedo (BEL). She set the standard and produced a clear in the time of 63.06 but it was next in the ring, speed demon Malin Baryard-Johnsson (SWE) who cut over five seconds off the time and took an early lead on the consistent grey H&M Second Chance.

Jur Vrieling (NED) put the pedal to the metal on his speedy stallion Dallas VDL but was 0.6 of a second slower than Malin so had to settle for sixth place overall. Under 25 rider and on flying form at the moment Kim Emmen (NED) jumped a slow clear to save Flock for the bigger class this afternoon. Georgina Bloomberg (USA) also went for the safe clear finishing just inside the time allowed on Chameur 137.

Hoping to follow on from his win on day one, Edward Levy (FRA) challenged the time by making all the inside turns but couldn’t quite cover the enough to take over the lead on Starlette de la Roque. Margie Goldstien-Engle (USA) looked like she was one track to climb to the top of the leaderboard. She pushed her bay mare Usa Normande as hard as she could and finished in ninth overall.

The flying Frenchman Julien Epaillard (FRA) was the first person to jump five strides after the combination. This is where he made up the time and managed to squeeze into the lead by 0.21 seconds on his 11-year-old dark bay Queeletta.

Roger-Yves Bost made it a french one-two for a short period of time on his chestnut stallion Sunshine du Phare. The pair flew like the wind over the wide oxers and the crowd cheered as he came home in a time of 57.77 seconds.

Karel Cox (BEL) showcased a masterclass and crossed the finished line two-tenths of a second faster than the time to beat on his powerful gelding Evert. Determined to challenge the pace Olivier Robert (FRA) set off before the staring timers. The combination crossed the finish line in exactly the same time as fellow Frenchman Roger-Yves Bost.

Last to go and last years winner of this class Ben Maher (GBR) and Don Vito settled for a steady round that landed him inside the top 10 in preparation for the jump-off class this afternoon.

But it would be a win for Karel Cox in the city of lights at LGCT Paris. Join us on GC TV at 14.50 local time to watch the final class of the weekend.