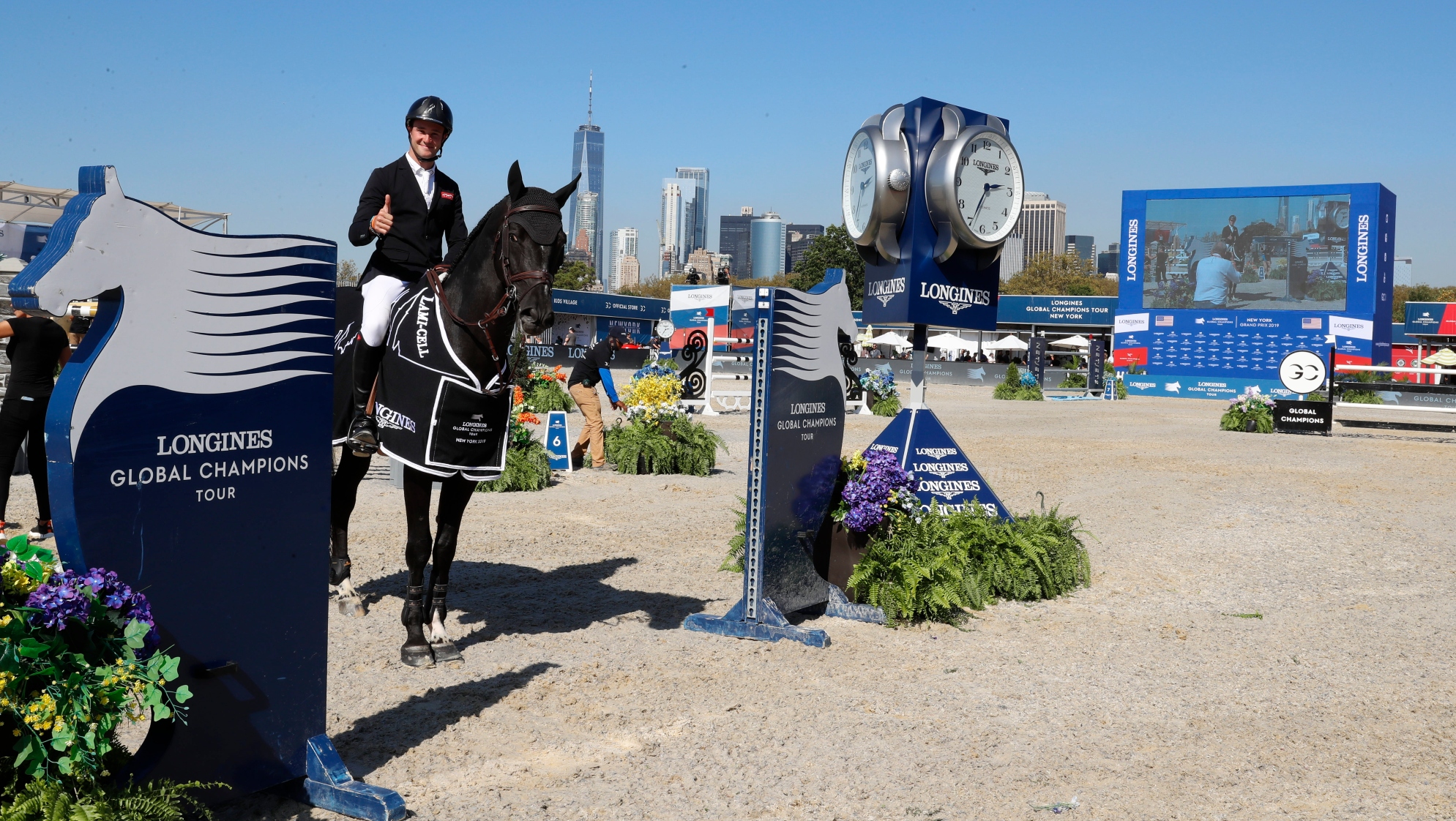 With his mount’s owner and breeder, Amandine Wittouck, watching from the sidelines, van Paesschen posted a blistering clear over Uliano Vezzani’s (ITA) opening CSI5* track. Of the round, he touted: “The horse jumped very well and it’s a very nice feeling to win. I wanted to try and leave one out somewhere, but I saw that it wasn’t coming up like I wanted so I stuck to the plan. The horse really tried, and I was crossing my fingers!

“To realize [an event] at this venue is unbelievable,” continued van Paesschen of the latest breathtaking addition to the LGCT circuit on Governors Island in New York, NY. “We have been riding all year in unbelievable locations, but this one stands out.”

Panoramic views of downtown Manhattan and the Statue of Liberty provided a quintessential backdrop for the first day of competition at the Longines Global Champions Tour of New York and the riders rose to the test.

Vezzani set a welcoming 1.45m test in the two-phase event where the top-twelve featured a star-studded list of clear rounds. Harrie Smolders (NED) set the pace with the first double-clear performance riding Monaco. He was followed by Margie Goldstein-Engle (USA) on home soil with her stallion, Royce, before Darragh Kenny (IRL) showcased Scarlett du Sart Z’s speed and took over an early lead.

Ireland’s top spot was short lived, however, with Saïd stealing the lead aboard Axel 111 Z for a time. The lead changed hands again in an exciting fight for the first win as van Paesschen shaved a half second off Kenny’s time to take the lead and ultimately the win.

The top-placing home rider during day one was Andrew Kocher (USA) with a fourth-place finish in the irons of Coldplay 31, while Daniel Bluman (ISR) rounded out the top five riding Entano just after relocating to call New York home last year.

Coming up in New York, the first round of the GCL New York will kick off at 15:30 local time with all the action streamed live on GC TV and on the official GCL Facebook page.