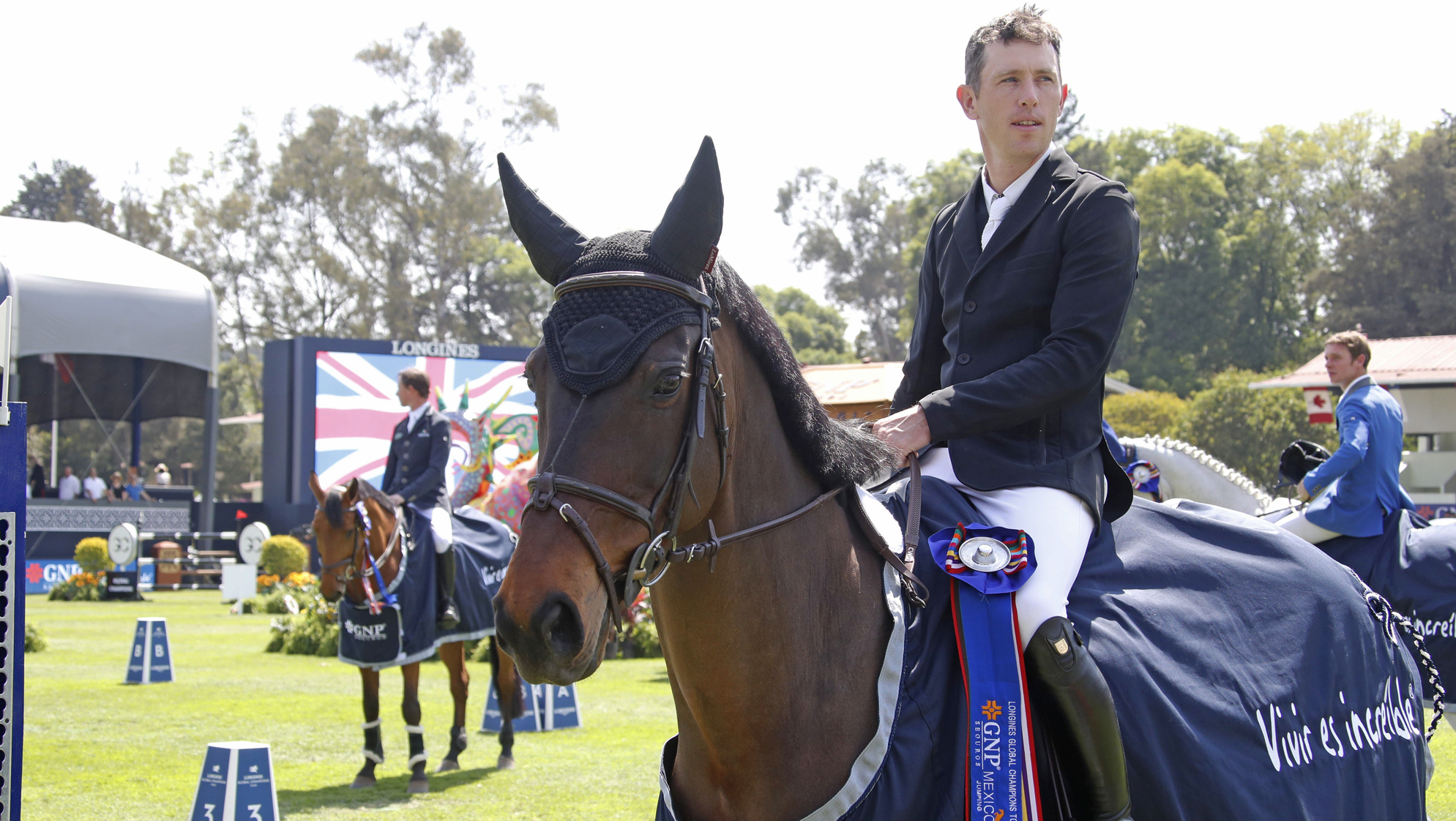 Great Britain’s Scott Brash (GBR) proved why Mexico City is one of his favourite destinations with a sizzling win with Hello Mr President in the GNP Seguros Trophy.

A smiling Scott said: “I’m very happy with the win today, Mr President jumped fantastic - he was a little spooky in the ring yesterday but he jumped brilliantly today. He’s a naturally very fast horse, so I just try to guide him in the right way and he’s always there or thereabouts in the end. Ben [Maher] jumped a fantastic round too so it’s great to get a [British] one-two here in Mexico."

The sun was shining for day two of the Longines Global Champions Tour, situated right in the heart of Mexico City. 35 sensational horse and rider combinations soared around the enormous grass area in the hope to pick up the Speed Class honours. In preparation for tomorrows GCL final and the all important LGCT Grand Prix of Mexico City there was no let up in the pace throughout the whole class. The course was built full up to 1.50m but Scott Brash managed to place Hello Mr President on just the right lines to take home the title, ahead of compatriot Ben Maher (GBR) with Don Vito and Bart Bles in third with Gin D.

First to take on this afternoon’s course was Shane Breen (IRL) riding the big grey stallion Colmar - they started off the class with a clear round in a time of 63.51s although they were not fast enough to finish within in the top five. Four time Olympian Marlin Baryard-Johnsson put the pedal down from fence one however her early draw in the class meant there were still multiple fast and furious combinations to take on the track pushing her off the podium. Talking about the course she said; "I am really happy with my round, it was nearly perfect, there are tricky distances throughout and the jumps come up very quickly on an angle."

Fifth to go Scott Brash is always on top form here in Mexico City and today was no different - he stormed ahead on the naturally fast Hello Mr President in a time of 59.11s leaving the rest of the field to chase him down. Unexpectedly Lorenzo de Luca (ITA) who normally is one of the fastest used the competition to school his Grand Prix horse Scuderia 1018 Halifax van het Kluizebos round for a steady clear in order to save him for the big class tomorrow.

It was the battle of the British as Ben Maher (GBR) attempted to take on Scott’s time. He crossed the line just half a second slower leaving him and Don Vito in second place. Next in Harrie Smolders (NED) riding Zinius tried to take a stride out in one of the early lines however he paid the price for it as the pole fell causing him to finish in a very quick time of 58.35 but with four faults.

New to the GCL teams this year William Whitaker (GBR) landed a spot within the top ten with RMF Chacco Top jumping a very balanced clear round. The Frenchman, Simon Delestre is known for his speed and he squeezed a stride out of the last line to fly over the last oxer, unfortunately this was only enough to place fourth.

Shane Sweetnam came out wanting to win jumping the first few fences on very tight angles. However this risk didn’t pay off and he ended with a total of 12 faults. Jumping on home soil Antonio Chedraui Jose had the whole crowd behind him but sadly rolled both parts of the second double meaning he wasn’t going to add to the 13 clear rounds.

So it would be another win for Scott in Mexico City, will all eyes on the second and biggest class of the day. Tune in shortly on GC TV as the excitement continues this afternoon with the CSI 5* Banorte Trophy class commencing at 16.45 local time.