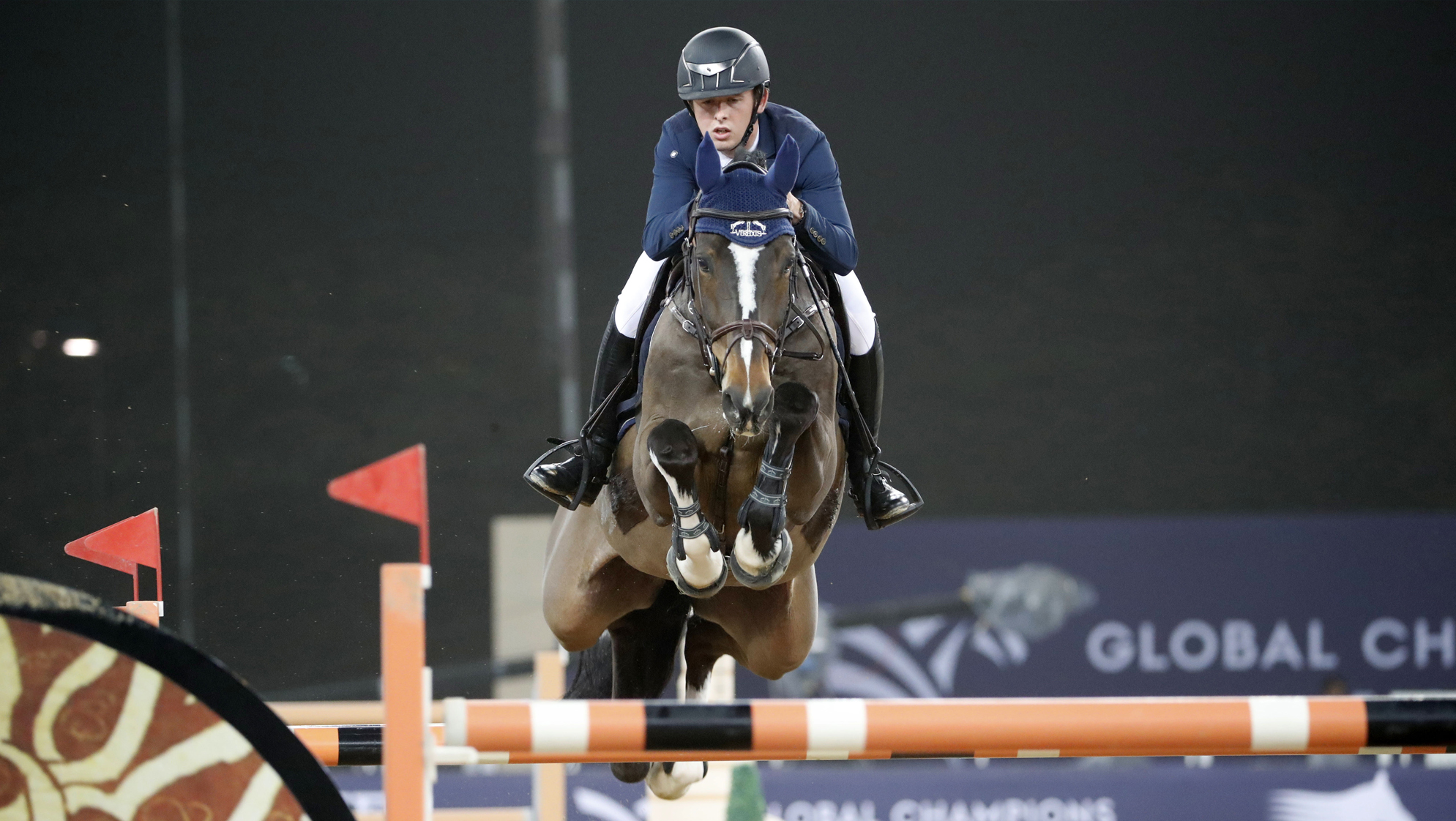 It was a blistering jump off featuring 16 combinations and it all came down to precision and speed under pressure beneath the floodlights in breezy conditions in the Qatari capital.

Impressive clears from Henrik von Eckermann (SWE) and Anna Kellnerova (CZE) kicked off the action in round one, but they both finished on four faults in the jump off.

It was down to Christian Kukuk (GER) and Limoncello to set the benchmark and they charged into an early lead with a super competitive clear round in 35.85.

Italy’s Alberto Zorzi and Danique were off to a flying start and the the light-footed and nimble 11-year-old jumped into the lead in 35.21 setting up a tough time to beat.


Gregory Wathelet (BEL) and Qualido were deceptively quick with a huge effort at the finish, but at 35.64 they were not going to make the top spot. Young talent Emily Moffitt (GBR) and Copain Du Perchet put in a spirited push and went clear but not fast enough.

It looked as if Zorzi’s time would hold but French speed ace Julien Epaillard (FRA) came out like a bullet on Usual Suspect D’Auge. Although he appeared to be wide turning into the final Longines fence, he never came off the accelerator and blasted away the lead time finishing in 34.12.

Fractions of a second were the difference between success and failure and again it seemed Epaillard’s time was unbeatable.

But Bertram Allen (IRL) followed on with GK Casper with a clear plan, and was faster than Epaillard in the early section of the course and on par with him at the double. He crouched low to Casper’s neck in the final gallop to the Longines fence and stopped the clock at a mind-blowing 33.75.

After his win Bertram spoke of the knife edge, all or nothing jump off: “I have to give a lot of credit to my horse, it was very hard to beat Julien so I gave it everything. You had to catch everywhere exactly how you wanted it. If you had one place where you had one more stride, you were out.”

The final rider in the jump off, Germany’s Karel Cox on Dublin van Overis, put him a bravura performance pushing to the last and finishing in 34.07 where he was rewarded with second place ahead of Epaillard in third.

The stage is set for Super Saturday with the GCL team final followed by the first Longines Global Champions Tour Grand Prix of the new 2019 season. All the action with be streamed live on GC TV, kicking off at 14:30 local time.