Back to Back wins for Gaudiano at LGCT Cannes 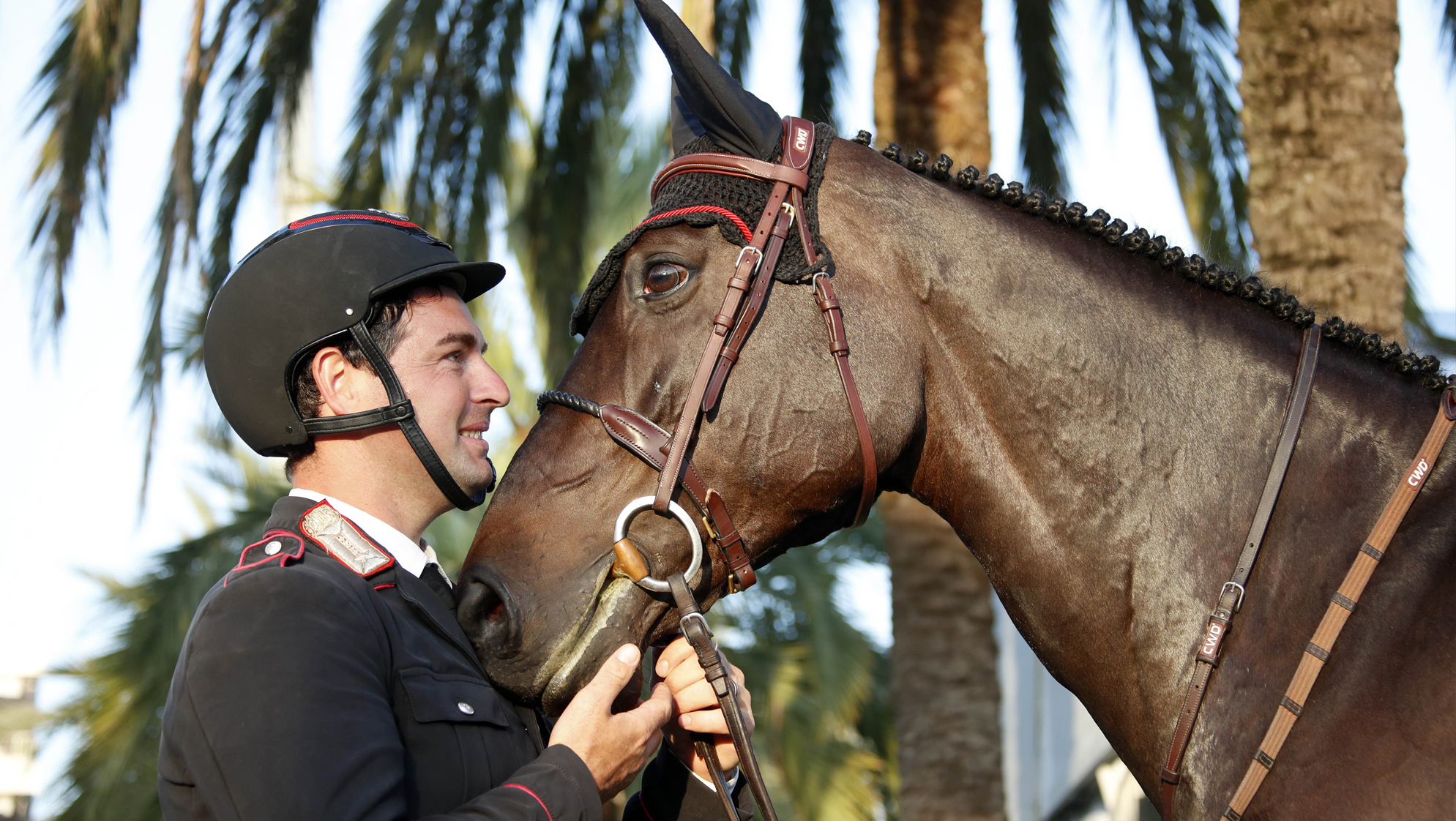 A delighted Gaudiano explained after his round: “Today was very good, Carlotta is a very fast mare and when she is clear it normally means she will win the class.”

Today 42 combinations tackled Gregory Bodo’s full up and technical speed course with over a quarter of the field producing a clear. As the sun set it caused difficult shadows in front of a couple of the fences making it a challenging course even for the best show jumpers.

A normally fast Scott Brash (GBR) kicked off the competition with Hello M’Lady. They took four outside turns meaning they weren’t going to finish high up the leader board but produced a clear round. Alberto Zorzi (ITA) then showed the time could easily be beaten, however his mare Cinsey touched the last fence causing it to fall and his his faults to rise.

Bart Bles (NED) pushed all the buttons and landed himself on top early on with a clear round that was 14 seconds faster than Brash. Bart's reign was short lived as Evelina Tovek (SWE) cut a further 2.5 seconds off the time with her very fast gelding Winnetou de la Hamente Z. Two time LGCT Champion Edwina Tops-Alexander (AUS) tried to push Tovek off the top spot as she sailed her 10-year-old Casquell round to cross the line - but crossed the line a second slower and finish in 5th overall.

Experienced rider Bertram Allen (IRL) jumped a slow clear on GK Casper who unexpectedly spooked a couple of times on course forcing some wider turns than planned. Kim Emmen (NED) started quickly but got too deep to the triple combination meaning Farah couldn’t stretch over the wide oxer and it fell, this was also the fence that Marcus Ehning (GER) had down causing him to pick up four faults on Mill Creek Filippa K.

The crowd were ecstatic when french rider Simone Delestre came into the arena on Chesall Zimequest, they cheered him over every fence but he came home with four faults after having the same problem as yesterday of a refusal at the second to last fence. U25 rider Emily Moffitt (GBR) rode a brilliant clear to finish just outside of the placings on Tipsy du Terral, showing she will be one to watch this weekend. Maikel van der Vleuten (NED) used the class for his young grey, Sildouch Z, to gain some experience at CSI5* level.

Abdel Saïd (EGY) soared into fourth with his scopy gelding Etos Hbc - the pair made the course look easy but couldn’t quite match the pace. Tovek’s trainer Henrik von Eckermann (SWE) couldn't keep a clean sheet and unexpectedly finished with 16 faults proving how even the best in the sport can have difficult days. Last year's winner of the LGCT Grand Prix of Cannes, Peder Fredricson (SWE) picked up one time fault along with a fence down putting him out of contention but will he be back on form for the big class tomorrow?

Flying frenchman Julien Epaillard was off from before the first fence. He looked like he was on track to take over the lead but the triple combination fell yet again and he finished with eight faults on Quincy Lady.

It was speed demon Emanuele Gaudiano (ITA) who managed to cut over four seconds off the time to beat and stormed into the lead for a second day running. His speedy mare Carlotta 232 came flying through the finish line in 60.03 seconds, a time no one else could match. Irishman Shane Breen attempted to push Emanuele off top spot but had to settle for second place with his big striding stallion Colmar.

Tomorrow will see LGCT Cannes come to a close for another year but not without all the action from the GCL Cannes final and LGCT Grand Prix of Cannes being streamed live via GC TV at 18.00 and 21.30 respectively. Just follow this link to watch it all www.gcglobalchampions.com