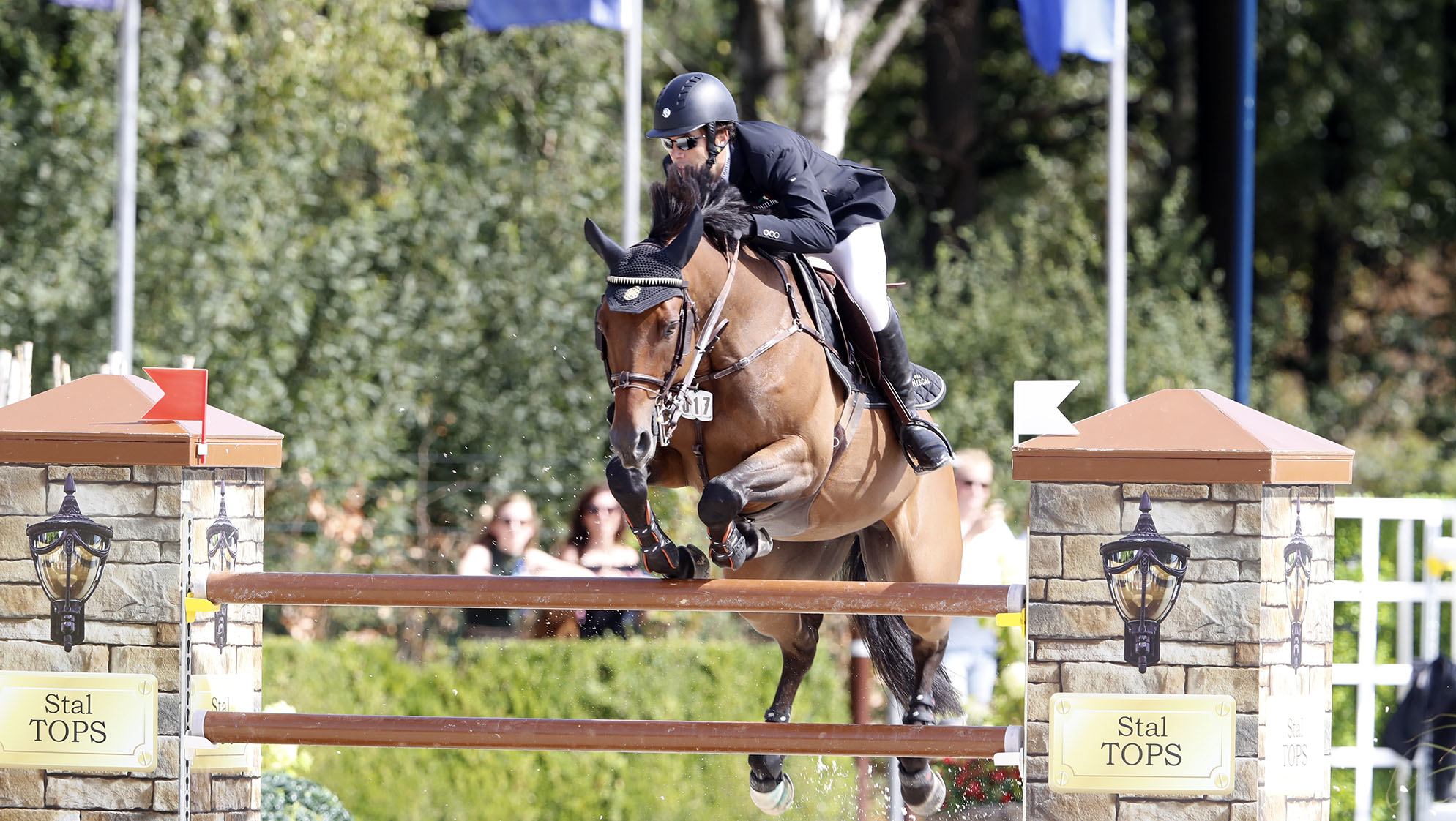 Eduardo Álvarez Aznar (ESP) and Uqualin du Saulcy flew to the win in the penultimate class of the Longines Global Champions Tour of Valkenswaard, taking victory in the 1.45m CSI5* speed class. The Spaniard impressed on the final day of competition at the Tops International Arena, leaving the rest of the international field in his wake, as temperatures soared in The Netherlands.

The competition kicked off with a spark, as first rider to go - Longines Ambassador of Elegance Jane Richard Philips (SUI) - delivered a powerful clear with Izmir van de Baeyenne, throwing down the gauntlet with a time of 63.91s. She was quickly followed by young rider Evelina Tovek (SWE) and Oz de Breve, the pair impressive to watch but just a touch behind on the time.

Leopold van Asten (NED) flew to the top of the timings with VDL Groep Beauty, the grey horse looking on better form after a disappointing couple of days. They set a new time to beat of 60.52s, almost four seconds fast from the rest of the field.

But his time was quickly bettered, after Eduardo Álvarez Aznar (ESP) soon took over the lead with Uqualin du Saulcy, the duo stopping the clock in 60.04s and putting pressure on those to follow. Speaking after his “I wanted to have a quick round, my horse enjoys it. I didn’t think he’d do it so quick - I saw Leopold in front of me and knew it would be difficult. My horse gave a lot for me so I couldn’t be happier - I think if I rode it two or three times more I couldn’t have beaten my time.”

As temperatures rose the pressure increased, with poles falling all over the field. Big names such as Ben Maher (GBR) with Don Vito, Christian Ahlmann (GER) with Take a Chance on me Z and Henrik von Eckermann (SWE) with Charlie Boy all picking up faults despite their best try of a fast clear.

But it was Eduardo who kept cool under pressure, sealing the win and taking the penultimate victory of the weekend.